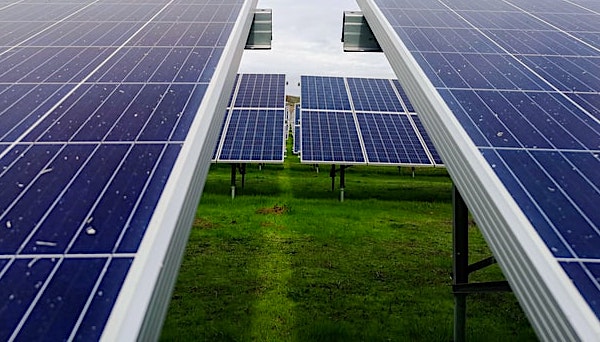 (Photo by Mariana Proença on Unsplash)

The green movement in America is being put on notice for possible violations of antitrust laws.

The letter warns that the coordinated scheme involving banks, money managers and Climate Action 100+ to "restrict investments in coal, oil, and gas is driving up energy costs across the globe, empowering America's adversaries abroad, and may violate United States antitrust laws."

"ESG is, at its heart, radical partisan activism masquerading as responsible corporate governance," said Bishop. "These corrosive practices may violate our nation's antitrust laws, and we must be relentless in investigating them."

The letter to a list of leaders of the organization explained, "We are writing to you because of your roles coordinating how some companies pursue environmental, social, and governance (ESG) policies in ways that may violate antitrust laws.

"Each of you is on the Steering Committee for Climate Action 100+, which seems to work like a cartel to 'ensure the world's largest corporate greenhouse gas emitters take necessary action on climate change.'"

The letter said, "In short, you and your organizations appear to play major roles in efforts to advance ESG policies. We therefore write to request information about related conduct or agreements that may be unlawful under U.S. antitrust laws."

"Some companies and executives promote these left-wing views and policies even when doing so runs counter to consumer sentiment or robs Americans of hard-earned income. Certain large companies—some of which are involved in the work of Climate Action 100+ or Ceres, or may have connections to CalPERS—appear to be important players in these efforts. For example, Larry Fink, who chairs one of the world’s largest asset managers, BlackRock, is infamous 'for his annual letters to America’s CEOs chiding them to adopt the latest MSNBC-approved wisdom on politics and policy,'" the letter said.

But in fact, ESG is nothing more than "partisan politics masquerading as responsible corporate governance. A major ESG 'policy centerpiece' is stifling investments in oil and gas, and Wall Street firms have 'bragg[ed] about their coordinated efforts to choke off investment in energy.' Boycotting certain energy investment, however, is just a subset of the types of ESG-related goals. The list includes, for example: 'climate change (e.g., reporting on climate change, risks of climate change, greenhouse gas emissions goals),' 'sustainability reporting,' and other 'energy-related' issues. ESG goals can also include other policy concerns, such as 'fake news dissemination' or 'gun control.' Access to abortion has even become part of ESG."

The letter is addressed to Mindy Lubber, of Ceres, and Simiso Nzima, of CalPERS.

"Corporate America's collusion in pursuit of ESG goals may violate federal or state antitrust laws. Antitrust law is generally 'skeptical of cooperation among competitors' over certain matters, and that includes coordination over ESG goals. The 'traditional principles that prohibit cooperation among competitors in ways that restrict price, output, or quality' apply 'regardless of their values-based intent.' As one antitrust expert has explained, '[t]he loftiest of purported motivations do not excuse anti-competitive collusion among rivals. That’s longstanding antitrust law,'" the letter warned.

"No matter how firmly a company or its executives believe in the goals of ESG, that belief does not excuse anticompetitive agreements or unlawful conduct to advance progressive policies. The Committee on the Judiciary has jurisdiction to examine unlawful restraints of trade and commerce. Accordingly, to help us better understand the roles you and your organizations play in facilitating and coordinating companies' efforts to achieve ESG-related goals, we request that you produce the following documents and information, for the period December 1, 2016, to the present."

The Biden administration just days ago said companies with legal and ethical obligations to make the best return for investors, such as owners of retirement accounts, now can disregard their clients' priorities in exchange for green agenda priorities.

The request for information from Republicans is significant, in that their party will be the majority in the U.S. House starting in January.