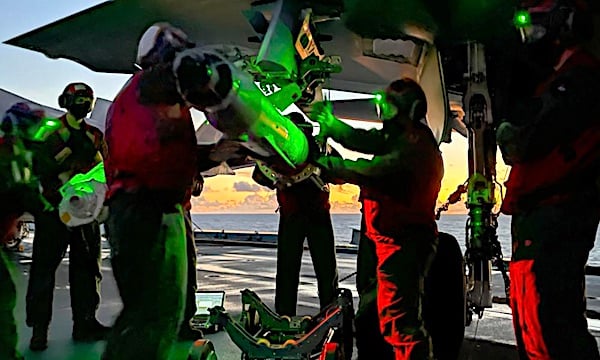 The House of Representatives will vote to include a provision in this year’s defense spending bill that revokes vaccine mandates on U.S. military personnel supported by the Biden administration, according to reports published Tuesday.

The measure would legally prohibit the military from requiring any servicemember in all six armed services to get vaccinated against COVID-19 in order to serve, according to Fox News and Roll Call. It is set to be included in the House version of the National Defense Authorization Act (NDAA), the annual spending bill passed by Congress to fund the U.S. military.

A military-wide vaccine mandate was imposed by Secretary of Defense Lloyd Austin in a memorandum issued on Aug. 24, 2021, with the U.S. Coast Guard – which is overseen by the Department of Homeland Security – having a similar policy. The decision led to an outcry among Congressional Republicans as servicemembers were discharged or dismissed from the military for declining to receive the vaccine, with many being denied religious exemptions they had requested.

ICYMI: Yesterday, I hosted a press conference with other Senators to call for an end to the Biden Administration’s unscientific military vaccine mandate.

Our young men and women in the military deserve better. pic.twitter.com/g5yNHJRXXM

“Mission-critical inoculation is almost as old as the U.S. military itself,” wrote Austin in his memorandum, adding that “Mandatory vaccination against COVID-19 is necessary to defend the American people.” Since then, the Biden administration and military leaders have defended the policy as a “readiness issue” for the military.

Congressional Republicans on the House and Senate Armed Services Committees have long called for an end to the policy, which they believe penalizes military members and does not affect readiness. A group of 20 Republican Senators, led by Sens. Lindsey Graham of South Carolina and Sen. Rand Paul of Kentucky, had vowed to vote against the NDAA if it didn’t include language that lifted the mandate.

“You’re kicking somebody out of the military who’s willing to get shot because they won’t take a shot,” Graham told NBC News, adding that “I will not vote to get on this bill unless we have a vote to change this policy,” Graham said.

While House Democrats’ language ends the military’s vaccine mandate, a group of 13 GOP Senators want to go further and restore to duty all servicemembers who were discharged or dismissed as a result of the policy, seeking an amendment to this effect, citing training costs for new servicemembers and a large recruitment challenge the military is currently facing, per a letter from them to Senate GOP leadership.

“As of April 2022, approximately 3,400 troops have been discharged from the military for refusing to be vaccinated against COVID-19,” they wrote. “The United States simply cannot afford to discharge our brave men and women in uniform…due to an inept bureaucratic policy,” it added.

According to DoD statistics, the military has not met its targets for full vaccination of all personnel. As of Nov. 30, the Marine Corps has the fewest number of partially vaccinated personnel, at 3,651, while the Army is the highest with 11,823.

The House Democratic Caucus, majority and minority staff of the House Armed Services Committee and the office of House Republican Leader Kevin McCarthy didn’t respond to a request for comment.