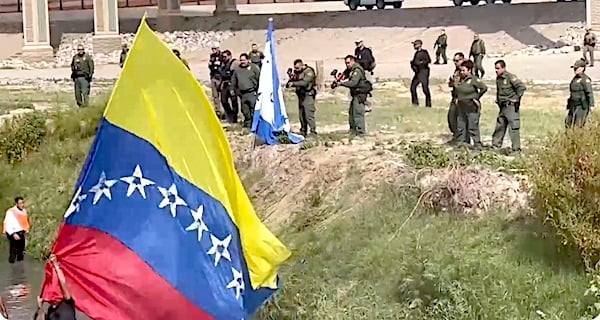 Some of the costs of Joe Biden’s open borders policies are well-known.

Americans will spend billions of dollars on benefits for the millions of illegal aliens that have arrived under Biden’s practices.

The crime rates in locales they’ve invaded are surging.

Even election results are being skewed as those aliens are encouraged to sign up to vote – and do.

Now there’s another cost being revealed: Minors who are trafficked across the border and then forced to work to pay off their cartel debts.

From Project Veritas are videos explaining the dire straits the juveniles find themselves in:

A report from Clash Daily said the evidence shows the Biden administration “is turning a blind eye to what is essentially child slavery.”

Included in the report is testimony from a whistleblower from the Department of Health and Human Services who reported “the government hands over children to modern day slave holders.”

In the video from Project Veritas, Tara Lee Rodas said HHS is “doing work for the cartels” by handing over children to traffickers after they left HHS custody.

”They found that there were residences within a few miles of each other where dozens of migrant children are living with unrelated older men. Most of the kids are from Guatemala and their mothers are not in the United States,” the report said.

”When questioning the children, one little girl didn’t know her last name, how old she was, or who some of the men she was living with were. Other kids admit that they live in homes with multiple adult men and their mothers are still in Guatemala.”

The situations are hard to hear described. “One sixteen-year-old who came across the border illegally says that after she was brought to her female sponsor in the U.S., she was being sex trafficked in her own home. Her sponsor was a woman claiming to be her ‘aunt’who says that she knew the teen when she was young, but the girl doesn’t remember her,” the report said.

Rodas told Project Veritas, regarding the number of children living with unrelated adults, she expressed concern, but was told, “I think you need to understand that we only get sued if we keep kids in care too long. We don’t get sued by traffickers.”