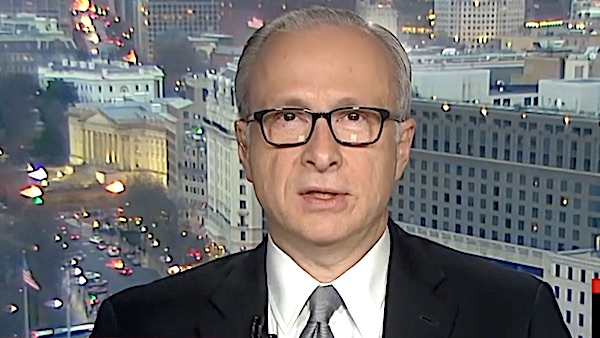 “It was pretty obvious that the Twitter files that had just been released were missing a crucial element,” Miranda Devine of the New York Post told Carlson. “And that was the FBI. So, we surmised that somehow Elon Musk had redacted it or someone had withheld the information about the FBI.”

Matt Taibbi published documents Friday about Twitter’s actions with regards to an October 2020 report by the New York Post about the contents of a laptop abandoned by Hunter Biden. Twitter censored the story, blocking the New York Post from accessing its account, and also suspended other accounts, including the personal account of then-White House press secretary Kayleigh McEnany, citing a “hacked materials” policy.

Musk announced Baker’s firing Tuesday, citing “concerns about Baker’s possible role in suppression of information important to the public dialogue” in a post on Twitter.

Is James Baker part of the dark conspiracy to suppress crucial information from the American public?
99% (110 Votes)
1% (1 Votes)

“The FBI, we knew, had pre-bunked to the social media platforms our story,” Devine said. “Before it came out, they told them to expect a pile of Russian disinformation and Twitter was told by the FBI that we know from Yoel Roth, to expect that it would be in October and would probably refer to Hunter Biden.”

“So we knew that, there had to be something about that at Twitter, and yet there wasn’t in the Twitter files and it was pretty obvious who was suppressing the information, who was the person with the biggest motive, it was Twitter’s top lawyer James Baker, who as you just said had been the top lawyer at the FBI, the quarterback of the FBI-Russia collusion scandal,” Devine continued.

Baker, who approved surveillance on Carter Page, a Trump campaign aide, based on the since-discredited Steele Dossier, joined Twitter after leaving the FBI in June 2020. Baker reportedly vetted the documents released to Taibbi, leading to a delay of over 90 minutes from a planned 5 p.m. release Friday, according to Taibbi.

“Lo and behold, he shows up in Twitter five months before the 2020 election and lo and behold, one little element did come out in the Twitter Files Friday night,” Devine said. “It was this one email that had the date and time removed from it very peculiarly. But it was from James Baker and it was weighing in on the decision of the morning of Oct. 14th 2020, a few hours after our story came out. And there was James Baker weighing in on the side of censorship, no surprise.”

Carlson noted that the story about the censorship of the report on Hunter Biden’s laptop was about corruption of the FBI and federal law enforcement.

“Elon Musk needs to let all the information out,” Devine said. “Let us see it. No more of this curating and holding back.”