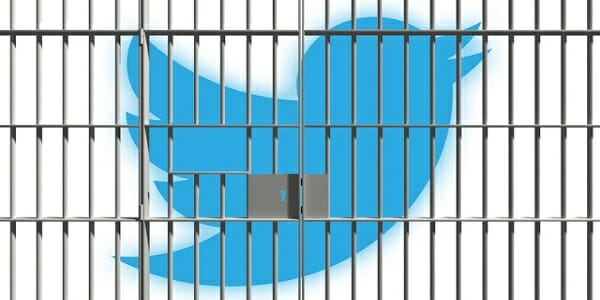 Twitter executives who claimed that there was no “shadow-banning” on the platform have been caught in a “lie,” a New York Post reporter told Fox News host Tucker Carlson Thursday, adding that the newest “Twitter File” revelations were “really gratifying.”

“It is really gratifying to see it laid out in policies, and to catch out those top people at Twitter in their lies, because they did lie,” Miranda Devine told Carlson. “They said that there was no shadow- banning going on where we knew, just by our own experience on Twitter, I, for instance, since Elon Musk bought in, have increased my follow count by 40%, and that’s just something that’s experienced by conservatives across the board.”

Journalist Bari Weiss released a series of documents showing that prominent conservatives, including Turning Point USA founder Charlie Kirk, were targeted for what some call “shadow- banning,” where accounts remain active, but post visibility is drastically reduced. Twitter executives, including former CEO Jack Dorsey, denied the practice took place, and also denied that it was done on the basis of political views.

Reporter Bari Weiss revealed that Kirk’s account was set to “Do Not Amplify”, while a “Search Blacklist” label was applied to radio talk show host Dan Bongino’s account. Weiss also discussed the multiple suspensions of the Libs of TikTok account for supposed violations of Twitter’s “Hateful Conduct” policy, even as executives acknowledged the account didn’t “directly” violate the rules.

Journalist Matt Taibbi published documents Friday about Twitter’s actions with regards to an October 2020 report by the New York Post about the contents of a laptop abandoned by Hunter Biden. Twitter censored the story, blocking the New York Post from accessing its account.

“You notice from all the names, that Bari Weiss has brought up tonight, they are all conservatives, and Bari Weiss is not a conservative, she’s ex-‘New York Times,’ I bet she would be a red-pilled liberal if anything, if there were left wingers that had been banned you can bet she would have named them to be equal opportunity,” Devine said, adding that former FBI lawyer James Baker, who was fired by Musk Tuesday, “snowed” Taibbi.

“Twitter is working on a software update that will show your true account status, so you know clearly if you’ve been shadowbanned, the reason why and how to appeal,” Musk announced in a Thursday post on the social media site.

Musk made multiple comments after Weiss posted the thread, acknowledging that enforcement of the rules had been uneven and saying that some conservative accounts had been suspended even though they had not broken the rules. Musk also told Libs of TikTok that he was “looking into” a continued shadow ban.