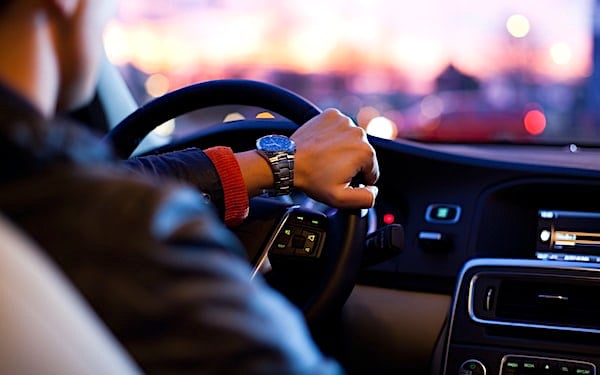 (Photo by why kei on Unsplash)

If you decided to forgo an experimental vaccine that does not prevent contracting a disease with a survival rate of nearly 100% while posing the risk of severe harm or death, you fit the profile of a person who is much more likely to get into a car crash.

That's according to a study reported by Fortune that was published in December in The American Journal of Medicine.

Canadian researchers concluded that people who didn't receive the COVID-19 vaccine were 72% more likely to be involved in a severe traffic crash – meaning at least one person was transported to the hospital – than those who were vaccinated.

The unvaccinated, the researchers suggest, might "ignore" the rules of the road because of their distrust of the government, a belief in freedom, "misconceptions" of daily risks, "faith in natural protection," "antipathy toward regulation," poverty, misinformation, a lack of resources and personal beliefs.

The study said the excess risk of a car crash posed by unvaccinated drivers "exceeds the safety gains from modern automobile engineering advances and also imposes risks on other road users."

The authors advised, in light of their confidence in the findings, that primary care physicians consider counseling unvaccinated patients on traffic safety.

And, significantly, insurance companies, they suggested, might want to think about basing changes to insurance policies on vaccination data.

Further, aid workers responding to crashes should protect themselves from COVID because, the authors insist, it's more likely that a driver is unvaccinated than vaccinated.

Fortune noted a 2021 study in the Journal of Bioeconomics – surveying more than 100,000 Canadians – found a correlation between self-reported risky driving and skipping the flu vaccine.

Dr. Vinay Prasad, an epidemiology and biostatistics professor at the University of California San Francisco, analyzed the new Canadian study on his Substack page, calling it "a new level of stupidity."

Political commentator Jason Rantz tweeted: "This is the exact kind of nonsense study that sets the stage for car insurance companies charging the unvaccinated more for coverage. It's transparent."

Low uptake
The premise of the new Canadian study apparently is that people who choose not to receive the COVID vaccines are either careless or ignorant or both. However, acclaimed medical scientists such as Dr. Robert Malone and Dr. Peter McCullough were saying one year ago what public officials such as Biden health adviser Dr. Anthony Fauci and CDC Director Rochelle Walensky now have been forced to acknowledge: The vaccines, despite the initial promise of virtually 100% effectiveness, do not prevent infection and transmission.

The government narrative has shifted to touting effectiveness in preventing hospitalization or death. However, the Washington Post recently reported "a majority of Americans dying from the coronavirus received at least the primary series of the vaccine."

Further, the insurance and health-care giant Kaiser Permanente commissioned a study that found the triple-vaccinated were more likely to be infected with COVID-19 and more likely to suffer severe illness and die from the disease than the unvaccinated. CDC and U.K. government data confirm the vaccines rapidly lose protection against severe illness or death while posing risks. And a long-term study by the prestigious British journal The Lancet that followed up on participants in the Moderna and Pfizer trials found the vaccines had no effect on overall mortality.

Now, it appears that the vast majority of Americans are choosing to join the ranks of those who are not “fully vaccinated,” with only 1 in 9 having received the new bivalent booster that targets the omicron subvariants.

At a roundtable last Wednesday in the nation's capital led by Sen. Ron Johnson, R-Wis., Malone and McCullough were among the health scientists calling for the COVID-19 vaccines to be immediately withdrawn, concluding the risks outweigh any benefits.

On Tuesday, Florida Republican Gov. Ron DeSantis announced at his own roundtable with prominent health scientists he will petition for a statewide grand jury to investigate any harm done by the COVID-19 vaccines.