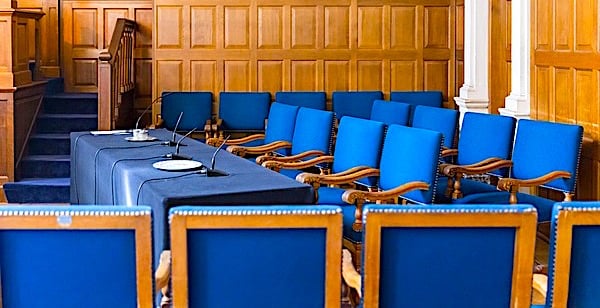 (Image by Maria from Pixabay)

The Senate Judiciary Committee stalled the nomination of a lawyer that fought to keep abortion the law of the land during the Dobbs decision for the First U.S. Circuit Court of Appeals over concerns regarding her objectivity on the bench.

After a vote on Thursday, the committee was split evenly along party lines with 11-11 votes for and opposing Julie Rikelman’s nomination, with Republicans pointing out Rikelman’s recent involvement in the Dobbs v. Jackson Women’s Health Organization that overturned Roe v. Wade earlier this summer. She argued on behalf of Jackson Women’s Health, leading some to wonder about her objectivity.

Rickelman, a lawyer with the Center for Reproductive Rights, was nominated for the judicial position a month after the Dobbs decision, according to Reuters.

Republican Sen. Chuck Grassley of Iowa worried that her work during Dobbs might “cloud” her perspective as a judge, according to the National Law Journal.

“Ms. Rikelman has spent much of her legal career as an activist litigating cases against state law regulating abortion,” Grassley stated. “She is surely entitled to her opinions and she certainly holds them very strongly, but it’s concerning that her personal opinion may cloud how she views facts.”

Are pro-abortion activists less likely to be nominated to federal judgeships?
58% (7 Votes)
42% (5 Votes)

In order for Rikelman’s nomination to continue, Senate Minority Leader Chuck Schumer would need to file a discharge motion that would advance Rikelman through the committee.

The Senate Judiciary Committee, Rikelman, Grassley and Schumer did not respond to the Daily Caller News Foundation’s request for comment.