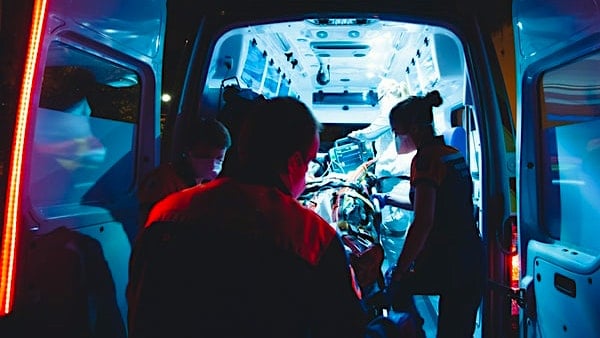 (Photo by Mat Napo on Unsplash)

Of the 68% of American adults who took a COVID-19 vaccine, 41% say they have suffered at least a minor side effect, according to a Rasmussen poll.

A total of 7% said they experienced a major side effect, which would amount to 12 million adults.

The survey of 1,000 U.S. adults – conducted Nov. 30-Dec. 1. – also found that 57% of U.S. adults were at least somewhat concerned that the vaccines many have major side effects, including 31% who were very concerned.

Rasmussen head pollster Mark Mitchell said in a video presentation on the survey that "the COVID pandemic was so politicized that, literally, the tribal party group that you belong to is essentially what dictates your views on the effectiveness of a vaccine."

The poll found, for example, that while 80% of Democrats said the vaccines were very or somewhat effective, only 40% of Republicans said the same.

Meanwhile, the increasing awareness among Americans that the vaccines pose the risk of severe side effects while offering little or no protection from a disease that presents in most people like the seasonal flu or common cold is indicated in CDC figures.

According to the agency, less than 13% of Americans age 5 and older have received the new bivalent booster targeting the omicron subvariants.

At a roundtable last Wednesday in the nation's capital led by Sen. Ron Johnson, R-Wis., acclaimed cardiologist Dr. Peter McCullough was among the health scientists calling for the COVID-19 vaccines to be immediately withdrawn.

McCullough said there is no scientific support for the vaccines reducing transmission, explaining they provide no immunity in the nose, where the viral load begins. The only hope for any efficacy is that they would reduce severity of disease, but there is no clinical trial data to support that, he said.

"I think it has to be said, the pathway to preventing any more harm is all the vaccines need to be pulled off the market and withdrawn," said McCullough. "That needs to happen immediately. All the vaccine mandates should be dropped immediately."

Dr. Ryan Cole, a Mayo Clinic-trained pathologist, explained that the SARS-CoV-2 virus "has mutated ahead of our efforts" to bring a targeted vaccine to the market "and it always will."

"We don't have a vaccine for HIV 40 years later because it has a spike protein that is always mutating," he explained.

The Wuhan strain, on which the original COVID mRNA vaccine was based, was long ago "extinct" he said, and the BA.5 and BA.4 omicron variants, on which the new bivalent booster is based, are "almost extinct."

"We are taking an approach with an infectious agent that is always moving ahead of us," Cole said.

David Gortler, a former senior adviser on drug safety to the FDA commissioner said the COVID-19 vaccine product labeling needs to be updated to reflect the lack of safety and efficacy.

Former senior advisor on drug safety at the @US_FDA calls for the Covid-19 vaccine product to be updated to reflect the lack of safety, efficacy and to add warnings for #myocarditis at the @SenRonJohnson roundtable #StoptheShots