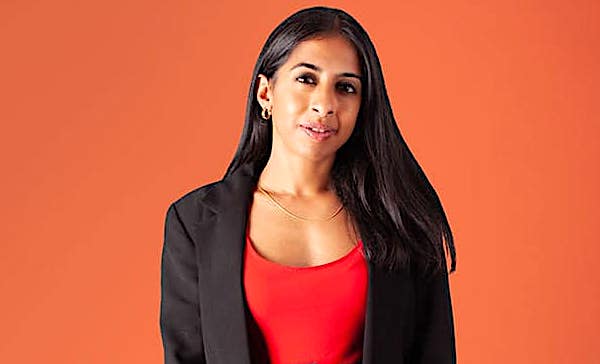 A pro-life professor in Australia said she plans to file a defamation lawsuit against The Advertiser after the news outlet published an article attacking her for being pro-life, using quotes from two anonymous students.

Dr. Joanna Howe is an Associate Professor of Law and a former NSW Rhodes Scholar. She regularly uses her social media accounts, including Instagram, TikTok, and Facebook to raise awareness about abortion and why she believes the lives of preborn human beings should be protected. While Howe is vocal online about her pro-life views, she said she does not speak on the topic while in the classroom.

“I have never talked about abortion in my lectures as I do not teach a subject in which this would be relevant,” she told Live Action News.

Despite this, a recent article in The Advertiser blasted Howe for what it called her “extremist” pro-life views. The article claimed there was an “outcry over anti-abortion lecturer” and that Howe was “under fire” for her stance on abortion, though it used just one anonymous student as a source in order to make these claims.

According to the piece, the former student said that she felt “uncomfortable and unsafe” because of Howe’s pro-life views. In response, Howe has called out the news outlet for its inflammatory piece, noting that no official complaints about her work have been made.

“The article did not report on any actual news event, given there had been no student complaints and no incidents of any kind. No complaint had been made about me to any relevant party, such as the Dean of the Law School, the University, or the Law Students’ Society,” she told Live Action News.

“Also, given I teach more than 300 students a year, it is misleading for an article to suggest that I am ‘under fire’ or there has been an ‘outcry’ based on a lone anonymous student speaking only with the newspaper. The article was prominently placed on its website, printed in the hardcopy of the newspaper, and emailed to all subscribers as the lead story for the paper’s afternoon briefing,” she added.

When Howe pushed back against the news outlet’s claims on her social media pages, it didn’t retract the story but instead added a second anonymous student as a source to back up its claims. Howe told Live Action News that she is refusing to back down and is pursuing legal action against The Advertiser.

Writing on Instagram, Howe said, “The second student is a practising solicitor who claims that I pass ‘judgment, shame and discrimination against this (abortion) decision’ when I “stand at the lectern”. I never talk about abortion in my lectures, let alone pass judgment,” she wrote.

In spite of the paper’s apparent attempt to silence her, Howe said she will continue to fight abortion using her online platform.

“This is blatant bullying by @thetiser to try and get me canceled and sacked after I made a press council complaint about their pro-abortion bias earlier in the year. That complaint is still being adjudicated but this hit piece shows they are willing to use the power of their platform to take down individuals who take them on. I’m not scared. I’m not going to be silent,” Howe explained.

Since the article was published, Howe said she has received widespread support from her students. “Many students have reached out to me personally, written on my social media and also written to the newspaper directly to convey their support for me,” she said. “Of the 170 comments underneath the article, over 90% were in support of my right to freedom of speech to be able to talk about abortion on social media.”

One of her former students, Peter Tantalos, has come out in support of Howe, calling her “professional” and “approachable.” He said, “As a student of Dr Howe’s classes in the past … (I can) state unequivocally that Dr Howe’s views on abortion were never mentioned, inferred or perpetuated within the lecture theatre or within her capacity as a law school academic.”

She told Live Action News, “Australia has some of the most extreme abortion laws in the world, allowing abortion up to birth for a wide range of reasons. For example, in just one Australian state (Victoria) since 2009, there have been 4186 babies who were gestationally viable and have lost their life to late-term abortion.”

“In Australia, the abortion industry and its powerful allies in the media and other key institutions have silenced, intimidated, and shamed opposition to abortion or anyone who even dares to question whether abortion is in the best interests of a woman and her child,” she added. “As an Associate Professor in Law, a Rhodes Scholar, and a mother of five, I feel called to start a national conversation on abortion speaking directly with the Australian people via social media.”

WND News Services
These reports are produced by another news agency, and the editors of WND believe you'll find it of interest.
Social influencer: Listening to Jesus saved me from irreversible trans surgeries
'I haven't been able to talk to anyone': Frail rancher begs to speak to wife
Iran displays ballistic missile with 'Death to Israel' written in Hebrew
'Cheated on his taxes': New ad urges Biden to resign ahead of Florida trip
Dow drops 200, S&P 500 closes 1% lower, Nasdaq sheds 1.7% amid corporate profit worries
See more... 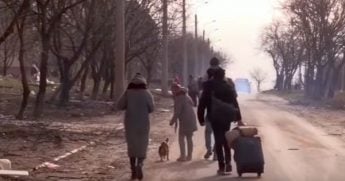