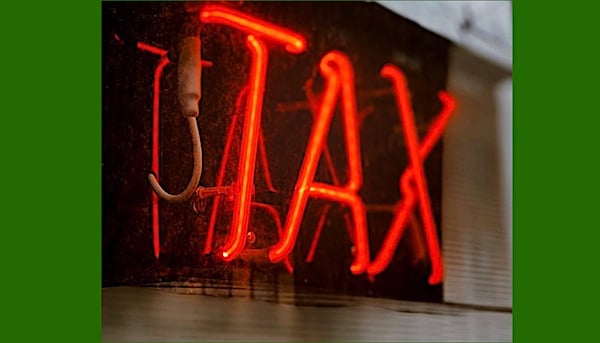 Back in Barack Obama’s day, “green” agenda activists determined that the “social cost” of a ton of carbon emissions was $51.

”The figure isn’t just hypothetical. If enacted, it could affect everything from the cost of methane regulations and tailpipe emissions to the ‘climate reparations’ that President Joe Biden has committed the United States to paying to poor countries in the future,” explains a report from Just the News.

The publication says the EPA’s maneuver to redefine the cost is creating “future impact for Americans’ wallets and a new headache for the oil and gas industries.”

The trick of simply redefining something that’s already in the law has been used by Joe Biden before. He insists that “sex” in federal law means “gender identity,” so that a long list of federal protections against discrimination based on being a man or woman also applies to those men who say they are women, for example.

The report said the EPA proposed changing the impact number just weeks ago.

The “social cost” term was created in 2009 under Obama, and in a rulemaking notice, the EPA “said it had devised a new calculation that raises that damage estimate to $190 per metric ton by 2022 standards and as much as $410 by the year 2080.

Just the News said the EPA’s maneuver “has sent shockwaves through the energy industry and raised the stakes for ongoing litigation being brought by Republican attorneys general in states like Louisiana that are challenging the Biden administration Social Cost of Carbon rulemaking as unconstitutional.”

The change would hit consumers hard, increasing the prices of everything from dinner on the table to fuel to run a furnace.

"If you think about the fact that they would impose this damage factor, let's say on farmers, because it applies to fertilizer," Louisiana Solicitor General Liz Muiller told the John Solomon Reports podcast.

”Fertilizer emits nitrous oxide. So fertilizer is a big contributor. If every family farmer now is going to have to pay more to obtain fertilizer to fertilize crops that feed us, well, what's that going to do to the price of food? If you're industrial, if you use plastic products in anything that's touched by petroleum, it's going to increase the cost of producing those goods."

Muiller said there’s evidence the numbers already are being used in the government’s regulatory processes, and the next event in a lawsuit is arguments next week before the 5th U.S. Circuit Court of Appeals.

Obama’s original plan has been opposed by the energy industry and many states, but green groups like the Sierra Club claim it’s the only way the U.S. will “get a grip” on “our greenhouse gas problem.”

The report said eventually, the number, moving forward, will be used to raise costs on power plants, automobiles and all energy drilling, which will be passed on to consumers.

Tim Stewart, the president of the U.S. Oil and Gas Association, told Just the News that if the “price” is set at $340, which the EPA also has evaluated, there would be a $2.99 per gallon tax penalty on every gallon of gasoline pumped.

Based on fuel prices that already have been seen because of Joe Biden's economic policies that have let inflation surge, that could take the cost of a gallon of gasoline into the $10 range.