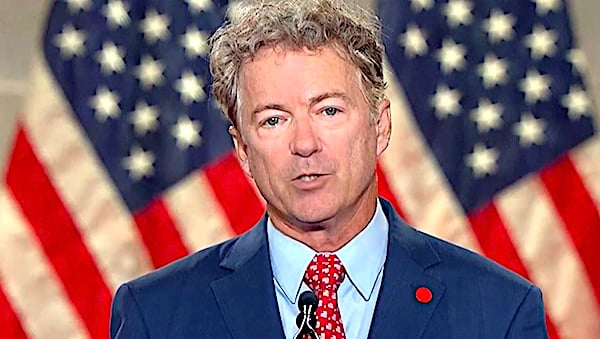 A new report from Summit.News is documenting how a "demented leftist" is threatening to kill children.

An on-line rant launches with a threat to the lives of two U.S. senators, Rand Paul and Mitch McConnell, of Kentucky.

"U want to vote mich mcconnell and rand paul then u all deal with what comes with that," it starts. "And the only way ur gonna learn is when ur f******* racist cracker kids are on the ground bleeding out."

"Then," the suspect rants, "you'll know what the rest of us have to live with on a daily basis because of the fascists you voted in."

Rand Paul's wife, Kelley, posted on social media a plea for someone to call police if they know anything about the situation.

"If anyone has any leads please contact the police immediately," she said, citing the "terrifying death threats."

Terrifying death threats to Rand and our local schools today: “U want to vote Rand Paul…than u deal with what comes…when ur racist cracker kids are on the ground bleeding out…” If anyone has any leads please contact the police immediately. https://t.co/rDHVv7LdXp

Summit reported that police and the FBI are investigating the threats that "have all the hallmarks of a demented violent leftist," but noted they have gotten "virtually no media attention."

The threats continue, "I want you all to look at your dead kids and know it was because of how you voted."

The threats also included a desire to kill President Trump, but there was an admission that would be unlikely.

A notice on the school district website from Bowling Green High School Principal Kyle McGraw alerted the community to the threat, Summit reported.

The notice explained there was "no specific date or time of the threat."