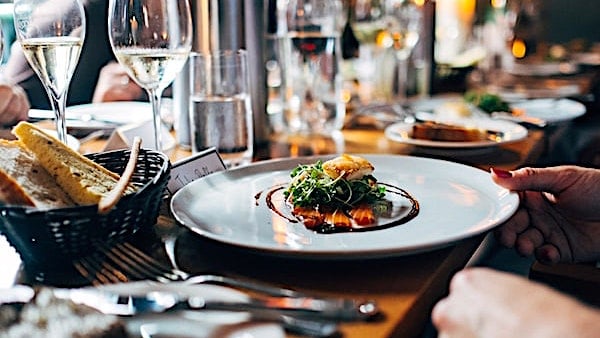 (Photo by Jay Wennington on Unsplash)

The head of The Family Foundation of Virginia is reporting that a Richmond restaurant abruptly canceled the group's reservation for a meeting room and meals because the group is pro-life and pro-family.

In a column at The Federalist, Victoria Cobb explained the cancellation by Metzger's Bar and Butchery, which "refused to service our pre-reserved event," left her group "scrambling."

"The intolerant leftist mob is coming for Christians everywhere, and we were just the latest target in the way this past Wednesday night," she explained.

"For weeks, we had planned a gathering in a private room to fellowship and update supporters on our work. About an hour and a half before the event was set to take place, one of the restaurant’s owners called our team to cancel. An employee had looked up our organization, and their wait staff refused to serve us."

She said the restaurant official claimed "that our pro-life and pro-traditional-marriage positions violated the 'basic human rights' of women and LGBT individuals."

But, she noted, "What human right is more basic than the right to life? What family structure is more foundational than marriage between a man and a woman, the bedrock of Western civilization for thousands of years? Lest we forget, it wasn’t so long ago that, when running for president, Barack Obama declared that 'marriage is between a man and a woman.'"

She pointed out, "This is the gospel of woke — the new intolerant religion controlling the left. Anyone who refuses to bow before their altar must be subdued, discriminated against, and punished. It’s a godless religion without mercy and without hope."

She said the progressives today are preaching "tolerance" but in fact are demanding a forced "celebration" of their views.

"Welcome to the double standard of the left, where Jack Phillips must be forced to create a wedding cake as part of the celebration of a same-sex ceremony, to take an action that violates his beliefs, but any business should be able to deny a basic meal to a paying customer who holds traditional views about marriage. The double standard is sickening and reeks of this intolerant, unyielding doctrine wokeness preaches."

Metzger's did not respond to WND's request for a comment.

But Cobb explained, "Conservatives and people of faith need to expect to be cut off from services in the current cancel culture environment. They best know they will pay more for goods and services and their options will be fewer. While many may not experience discrimination yet, we recognize we are on the tip of the spear. Watching these situations across the nation and in our own sphere helped initiate the purchase of our own building, forecasting a day when we would no longer be a welcomed tenant by intolerant left corporate building owners.

"The left hates us because we espouse Christian values which they seek to snuff out and destroy. This brazen act of discrimination was a shot across the bow at Christians everywhere, and it’s just the beginning."