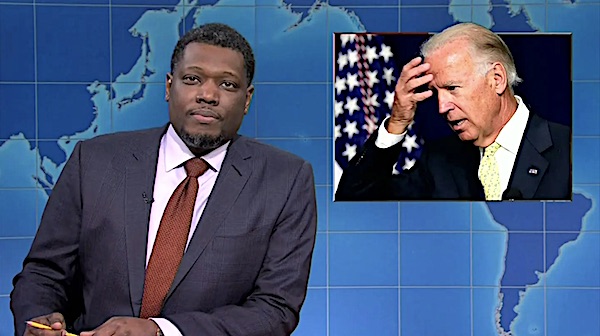 (FOX NEWS) -- "Saturday Night Live" went so far as to suggest that President Biden may have brain damage in a joke made by "Weekend Update" host Michael Che.

Che used the claim as a punchline in a joke following the news that the president recently signed a bill to avert an impending strike by railway workers ahead of the holidays.

"President Biden signed a measure that would force railway workers to accept a deal that averts a strike but does not include paid sick leave. But how do you expect Biden to care about sick leave when he shows up to work every day with full-blown CTE?" Che joked.