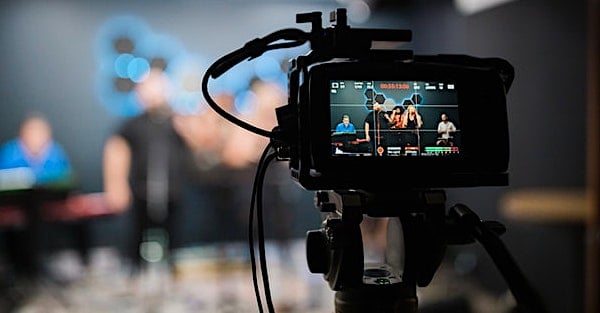 A Texas sheriff and his deputies have been sued for arresting a citizen journalist whose views the sheriff opposed.

The case has been brought by the Institute for Justice against Fort Bend County officials on behalf of Justin Pulliam.

He was "standing still when a Fort Bend County deputy walked up and arrested him for interfering with the police in December 2021," the legal team explained.

"While Justin had permission from the property owner to record a mental health call and was far from the active scene, the deputy cuffed him and put him in a squad car. Justin was forced to undergo a strip search and spent several hours in jail, during which the sheriff personally called Justin in for a meeting and became angry when Justin refused to speak to him without a lawyer present," the IJ said.

"Arresting and prosecuting Justin is a violation of his First Amendment rights, and it can’t stand," explained Tori Clark, a lawyer for the IJ. "The sheriff may not like Justin’s style, but the government doesn’t have the power to single out journalists because they don’t like their viewpoint."

The IJ confirmed Pulliam previously had conflicts with Sheriff Eric Fagan, a Democrat.

In 2021, he was excluded from a press conference with Fagan at the sheriff's specific order.

But, the IJ said, "The First Amendment prohibits government officials from unreasonably restricting an individual’s right to record the police, and it doesn’t let them decide who is or isn’t a journalist."

Pulliam reports on everything in his community from city council meetings to vehicle accidents.

His videos are uploaded onto his YouTube channels, such as Corruption Report, and other social-media sites.

"Sheriff Fagan is unfairly discriminating against me because I sometimes criticize the police and other government officials," he said. "It’s outrageous that I was harassed, arrested and prosecuted for exercising our constitutionally protected rights to film and report about activities by public officials from a different perspective. Filming the police makes communities safer and increases accountability."

Pulliam was filming a police encounter with a mentally ill man when arrested.

The IJ explained, "As part of his project to instill more accountability and transparency into the actions of public officials, Justin tracks calls on a scanner and drives to the scene to document law enforcement responses. His particular focus is on recording calls where no one was accused of a crime, such as mental health checks. Afterward, his videos are uploaded onto his YouTube channel, Corruption Report. Justin’s viewpoint is clear: He is suspicious of authority and doesn’t take kindly to government officials who want to hide from the public."

The IJ pointed out that the officers are not using body cams that would document their actions.

The IJ's arguments are that "the First Amendment prohibits government officials from unreasonably restricting an individual’s right to record police activities, and it doesn’t let them decide who is or isn’t a journalist. The Constitution also prohibits officials from arresting or retaliating against individuals who exercise their free-speech rights."

Content created by the WND News Center is available for re-publication without charge to any eligible news publisher that can provide a large audience. For licensing opportunities of our original content, please contact licensin[email protected].

Bob Unruh
Bob Unruh joined WND in 2006 after nearly three decades with the Associated Press, as well as several Upper Midwest newspapers, where he covered everything from legislative battles and sports to tornadoes and homicidal survivalists. He is also a photographer whose scenic work has been used commercially.
'Banal failure': Headlines pummel Biden's State of the Union
Biden Defense Dept. sued for improper use of U.S. military
Major media get sued for suppressing truth on COVID and biggest stories
'Serious breach': Greene calls for probe of info withheld from Trump
'It changed my life': House committee chair gives Bibles to fellow members
See more...