Fascism is a governmental system in which the means of economic production and delivery of services are privately owned but government-controlled. Throughout history – before even getting to its racism and wars – fascism has led to the glorification of the state and the destruction of personal liberty. It is happening here.

During the past few months, we have learned that the major credit card companies have begun to record transactions at gun shops so as to enable the feds to learn the identity of patrons. These are lawful gun shops selling lawful products to lawful purchasers. The credit card records do not reflect precisely what was purchased – it might have been $2,000 for a gun safe or for gun safety lessons – but they do record the purchase amount and the contact information of the purchaser.

The problem here comes about when the FBI and Bureau of Alcohol, Tobacco, Firearms and Explosives come calling with their so-called National Security Letters in order to find out who is purchasing what. The George W. Bush-championed Patriot Act of 2001 – the most horrific congressional assault on personal liberty since the Alien and Sedition Acts of 1798 criminalized dissent – permits federal agents to bypass the search warrant requirement of the Fourth Amendment when they want private records that are in the hands of a custodian.

These NSLs are really nonjudicial search warrants in which one federal agent has authorized another to seek your records. Since the gun shop purchase consists of the exercise of the natural right to exchange value for a lawful product and since the product purchased is an extension of the natural right to self-defense, the former protected by the Fifth Amendment and the latter by the Second Amendment, there is no lawful reason for the feds to know who has made these purchases.

Prior to the Patriot Act, if the feds came calling upon the custodian of your records, the custodian informed you of the government's interest in your records, and you had a reasonable time period to challenge the feds in court. Today – notwithstanding the free speech protections in the First Amendment – it is unlawful for a custodian to inform you that the feds have come calling.

Thus, the records held by your computer, telecom, financial, health care, utilities and credit card service providers, your physicians and lawyers, may all be accessed without search warrants and without notice to you.

Under the Constitution, where federal gun registries are not permitted, it is none of the federal government's business who has purchased what from a gun shop.

The additional danger here is to the democratic process. These decisions to keep records of sales and make them available to federal agents were made by government bureaucrats and corporate bosses, not by Congress. This is a creeping deterioration of the right to keep and bear arms because the feds are notoriously anti-gun, no matter who is president and no matter what the Supreme Court rules the Second Amendment protects.

Add to this the new program concocted by Visa whereby it will keep records of credit card purchases in which it will rank the purchased products' conformity with the green climate change agenda view of carbon emissions, and make those records available to the Treasury Department, and you see a further whittling away of personal privacy.

Last week, Amazon announced a bizarre new partnership with the New York City Police Department whereby if you live in New York City and install Amazon's Ring service at the front entrance to your apartment – and thus permit Amazon to record the audio and video of all who come and go at your entrance – the NYPD will have real-time access to the same audio and video.

This is yet another example of law enforcement intruding into private property – the home – without a search warrant, without probable cause of crime and without articulable suspicion.

The Amazon/NYPD partnership – just like the credit card/BATF partnership and the Visa/Treasury partnership – was never authorized by legislation. All these symbiotic relationships, just like the now well-known Big Tech/Department of Homeland Security partnership producing censorship of speech the government hates and fears, were born by bureaucrats using government carrots and sticks and the acquiescence of gutless corporate chieftains willing to please their government masters.

The government's appetite for surveillance is insatiable. Yet, the dual purposes of the Fourth Amendment – by requiring judicial search warrants based on probable cause of crime and specifically describing the place to be searched and person or thing to be seized – are to keep the government off the peoples' backs and to compel law enforcement to focus on crimes that have already been committed.

May the government lawfully engage in fishing expeditions? In a word: NO.

The secondary purposes of the Fourth Amendment are to prohibit general warrants – not based on probable cause of crime and not specifying the place to be searched or the person or thing to be seized – and to require that before the government begins to gather any evidence of crime, it has articulable suspicion about the crime that has been committed and the person or place to be investigated.

Moreover, articulable suspicion alone – the threshold for commencing all criminal investigations – does not justify any search, seizure or non-public surveillance. 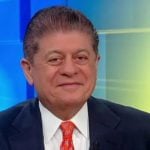