I can still vividly remember being in a department store in Mt. Airy, North Carolina, and walking through the "After Christmas Sale" section looking at the manger scenes with my daughter when she was about 6 years old. As she looked at a series of manger scenes she said, "Look! The angel can't stand. This one has sheep, but no shepherds. This one has four wise men, but only two camels! This one has two Josephs – at least there is one Mary! Oh, and look, twins!" The fact that someone had been messing around with the figures in the Manger Scenes sets was obvious.

Similarly, the fact that something is wrong with the recent election results is also obvious. The "well-known ultra conservative" CNN politics (tongue in cheek) recently reported that 62% of those polled disapproved of Biden's leadership and direction for America, and 75% want someone else other than Biden to run in 2024 for the presidency.

So with SEVENTY-FIVE PERCENT of the populace wanting someone other than liberal, left-wing leadership running our country, we are just expected to believe and just accept that voters disagreeing with radical Democratic policies were stupid enough to vote for them anyway? Seriously?

There is an excellent article in WND concerning the recent midterm voting results. This column points out that, "Florida has strict voter ID requirements, strict laws against voter fraud, severe prison terms for anyone caught trying to commit voter fraud, no mail-in ballots sent to every voter, no ballot drop boxes, no ballet harvesting, no ballots accepted for days after Election Day and no counting for days until the desired result is achieved by the Democratic Party." It is amazing that in Florida, instead of having an honor system for voting, where people "on their honor" verbally identify themselves and supposedly just vote once, and supposedly their vote is only counted once – Florida has laws! Florida's laws require more than a smile when you vote. Florida's laws – with penalties – make sure that people are legally voting. Florida's laws attempt to make sure legal voting occurs, so just in case someone has the notion of cheating, it is very difficult and carries stiff penalties if you are caught. Hey wow! The "Red Wave," missing in the bulk of our country, actually happened in "legal-voting only" Florida, resulting in Democratic candidates being badly beaten and some Republican candidates winning by as much as a 20% margin.

Florida's outcome, with its legal voting system, is in line with pre-election polling. But now, with the weeks of counting all the votes and the eyebrow raising "42 million" early votes, and stunning record-breaking numbers of absentee ballots being dropped off on Election Day, we are expected to believe that Republicans lost the U.S. Senate, and nearly failed to take the U.S. House, and many state legislatures and local elections flipped blue! That almost makes you think that someone counting Democratic ballots might have been messing with the figures, where if someone did a thorough check behind them they just might say, "Look, twins … again and again and again!"

Originally, to be a state in the union, there were a series of criterion, among which the petitioning territory had to show governance that prevented lawlessness, making it such that this territory had the capacity to interact lawfully with other states. If states cannot use their governance to insure legal voting, the most important aspect of being a part of a republic, then perhaps their statehood should be reexamined. Maybe it is time to drop some stars off the flag. At the very least, perhaps a probationary period needs to be instituted for states, whereby they can lose their statehood if they cannot get their act together and correct their lawlessness.

I mean really, some of these states have representatives saying they are not going to debate because they are employing "a new campaign strategy" of not campaigning. What does that mean? That would almost make you think that they are expecting to get 82 million votes campaigning from their basement, because they could not draw a crowd if they held a rally. Who would expect that to happen?

Of course, we all know the "real reason" for the Republican woes. It's TRUMP! If you do not believe me, then just listen to the liberals, RINOs and status quo politicians who use subjective reasoning instead of objective truth. Let's see, laying aside the radical liberal viewpoint, President Trump endorsed 235 candidates with 219 wins and 16 losses (Trump post on Truth Social). That is a 93% success rate. Wow! That is the grade of an "A." That is a terrific score for anyone endorsing any candidate anywhere. These Trump-endorsed candidates actually won –-in the face of all these unusual election totals.

Well, as the 2024 election season begins, Biden's growing inflation figures will probably reach into double digits, causing the phrase "Look, twins" to have a new meaning referring to the digits. His policies continue to damage families morally and financially. His policies demoralize the military where personnel now have to be more concerned with pronoun usage than an enemy trying to kill them. Plus, let's not forget Biden's destruction of our energy infrastructure. With all of this, perhaps enough of the populace will start to express dissatisfaction by "rattling the cages" of elected officials, start movements and join others to try to create election integrity, before we get to watch the "new election strategy" of no campaigning and no debates result in winners once again.

Maybe we can reconstruct some of the voting systems, by having strict voter ID requirements, strict laws against voter fraud, severe prison terms for anyone caught trying to commit voter fraud, no mail-in ballots sent to every voter, no ballot drop boxes, no ballet harvesting, no ballots accepted for days after Election Day and no counting relentlessly for days on end. This would be like putting the figures back where they need to be in a manger scene that has been dismantled. Perhaps by doing this, no one examining ballots in the future will have to say, "Look, twins." 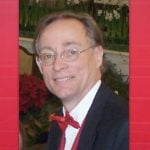