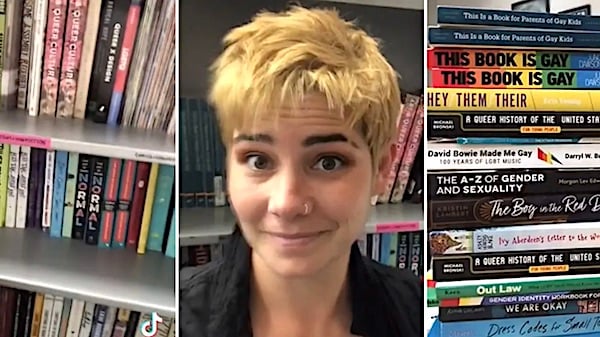 The English teacher at San Juan Hills High, previously identified on the school's website as Danielle Serio, is known as "Flint." Fox News Digital found that Flint posted repeatedly on TikTok about sexually explicit books, which the district was later forced to respond to amid parents' outrage.

The school district previously claimed in an email to parents that the content was only available to a specific club – but that did not appear to be the case. The library was positioned in Flint's classroom, and it was available to all students, according to Flint's own commentary before Fox News Digital's story.