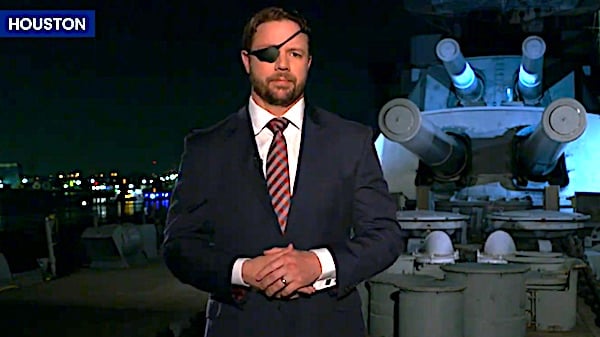 Dozens of Republican Texas Reps. introduced their plan for securing the border Thursday that seeks to limit the number of migrants entering the country illegally.

The lawmakers, which included Reps. Dan Crenshaw and Chip Roy, hope to finish building a southern border wall, fix the policies permitting federal authorities to release illegal migrants into the country, allow Immigration and Customs Enforcement (ICE) to deport more individuals who are in the country illegally and designate the Mexican cartels as terrorist organizations, according to the plan. U.S. Customs and Border Protection (CBP) has encountered more than 2.3 million migrants at the southern border in fiscal year 2022 and an additional 230,000 in October.

“Texans are in imminent danger, and Texas leadership is right to use all powers under their authority to defend Texas’ border and its citizens. Taxpayers in Texas are spending more than $3 billion on border security operations. Texans are being pummeled by a nearly two-yearlong border surge – left to defend their lives and their property against violent criminals and murderous cartels,” the group wrote in the plan.

The plan proposes reforms to the asylum process, pointing out that the Department of Homeland Security (DHS) reported in 2020 that they allowed only 8.1% of illegal immigrants encountered at the southern border between 2014 and 2019 permission to remain in the country. The Republicans seek to implement safe third country agreements, which require certain countries along migrants’ paths to the U.S. to accept some individuals for asylum.

When it comes to interior enforcement, the Republican lawmakers want to end the Biden administration’s attempts to limit ICE arrests and deportations. The Biden administration took action in September to restrict ICE’s targets solely to those that threaten border security, national security and public safety.

Are states being forced to take over border security because of the federal government's failure?
100% (55 Votes)
0% (0 Votes)

“We will not stand by while the Biden Administration knowingly pushes disastrous policies with complete disregard for what our state and country are enduring. We commit to paying Texas back for border operations and damages. We commit to forcing the administration to enforce our current laws, and to leverage the power of the purse to ensure that it does. And we commit to immediately shifting policy to bring much needed security to our state and country,” the lawmakers wrote in their plan.

The White House didn’t immediately respond to a request for comment.