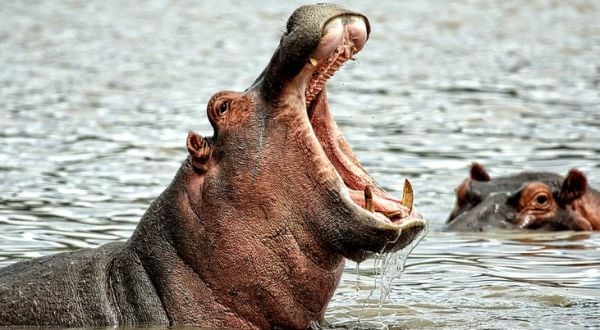 (DAILY CALLER) – A two-year-old boy in the western Kasese District of Uganda survived an attack from a wild hippopotamus after it swallowed him and then threw him back up.

The boy was playing at home in Katwe Kabatoro Town Council on Sunday when the hippo attacked him, swallowing him head first, according to local police reports cited by Newsweek. Locals saw the attack and threw stones at the hippo, causing the semiaquatic mammal to regurgitate the young boy and dash back to Lake Edward, which was half a mile away from the boy’s home.

The boy, reportedly identified as Paul Yiga by local news stations, was returned to his parents after being treated at a hospital, where he also received a rabies vaccine. Despite being attacked by one of the most dangerous animals on the planet – which kill an estimated 500 people annually – the boy suffered only minor injuries, Newsweek reported.