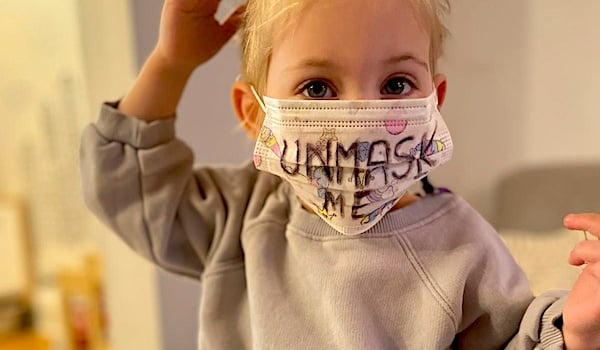 Ahead of the holiday break, several schools in blue states are implementing mask mandates in light of the “tripledemic.”

Schools in states such as Pennsylvania, Washington and New Jersey are fearing a “tripledemic” of the respiratory syncytial virus (RSV), influenza (flu) and coronavirus. To combat the “tripledemic” some schools are considering mask mandates while other states have already asked their students to mask up.

In New Jersey, Passaic Public Schools, which contains 17 schools and 14,000 students, implemented a mask mandate effective Wednesday for Pre-Kindergarten through 12th grade students, according to an announcement by the school. The mask mandate comes as the school says COVID-19 cases have entered the “high activity level” and masks will be required until the COVID cases hit moderate or low levels.

Sheppard Pratt School in Maryland is returning to a mask mandate citing an “uptick in infections” of the “tripledemic,” according to a statement by the school obtained by the Daily Caller News Foundation. Masks will be required at the school until the holiday break and the two weeks after students return to school.

The School District of Philadelphia, the eighth-largest school system in the county, is requiring its students to wear masks for two weeks after holiday break as a “proactive measure” because many will be “involved in quite a few social gatherings over the next few weeks.” In addition to the mask mandate, the school district will be providing free at-home COVID-19 tests to families.

Wilson Elementary School in Spokane, Washington, will be requiring masks at school after nearly one-third of the students were absent from school due to “cold and flu-related sickness,” according to the Spokesman Review. The Washington state Department of Health advised St. John Vianney School to implement a mask mandate for its students after 10% of their were students absent due to illness.

“I don’t really want to wear [a mask,] but I also don’t want to get sick,” Whitman Hunt, a third-grader at the elementary school, said, according to the Spokesman Review.

Sacramento Unified School District in California is considering enforcing a mask mandate for its students if COVID-19 cases continue to increase, according to CBS Sacramento. COVID-19 cases within the city are currently at a “medium level.”

In Massachusetts, approximately 200 parents signed a petition asking Boston Public Schools to require masks for 10 days in response to an increase of “tripledemic,” NBC 10 Boston reported. The parents fear cases will rise after the holiday season and a mask mandate would help prevent an increase in cases.

“It has to be something like a mandate for people to follow it,” Sulieka Soto, a parent within Boston Public Schools, told the outlet.