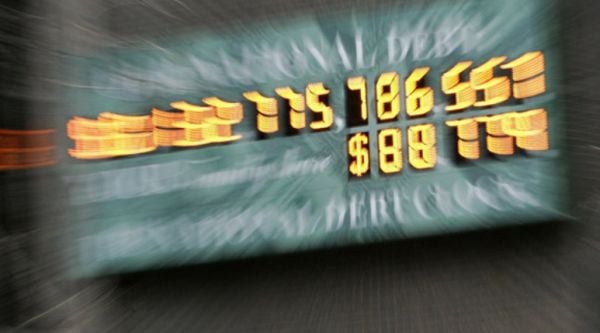 In a break with Republican Senate leadership, America First Policy Institute, a think tank founded by former President Trump’s top advisors and often referred to, optimistically, as his “White House in waiting,” has come out against a year-end omnibus spending package to keep the government open.

The organization, led by the think tank’s CEO Brooke Rollins, urges members of Congress to instead “pass a short-term continuing resolution,” legislation known on the Hill as a “CR,” which would avoid a shutdown and fund the government until next year when the next Congress takes office.

The letter was first obtained by RealClearPolitics and generally signals that, even from the outside looking in, Trump and his acolytes have little appetite for compromise.

“The American people are tired of an America Last approach to funding our government – where radical policies are pushed through at the last minute without proper debate and transparency,” AFPI wrote in a letter to House Speaker Nancy Pelosi and Senate Majority Leader Chuck Schumer.

“Americans want common-sense solutions to high gas prices, rampant crime, open borders, and out-of-control inflation. Through their votes, Americans rejected the out-of-touch policies and egregious spending that emerged from Washington over the past two years,” it continues.

AFPI does not seem likely to succeed. The letter is still significant, however, in that it signals growing discontent among Trump loyalists with Republican Party brass inclined to make a deal with President Biden.

McConnell said Tuesday after a meeting at the White House with the president that there is “widespread agreement” that an omnibus package ought to be passed and the government funded all at once. The Republican’s longtime Senate leader later conceded that a CR would “probably [be] the best way” to reduce government spending.

That is the strategy at least four Senate conservatives would prefer. In a separate letter earlier this week, they wrote that going along with the White House and passing an omnibus bill “would be both imprudent, and a reflection of poor leadership, for Republicans to ignore the will of the American people.”

That letter was signed by Sen. Rick Scott of Florida, who challenged McConnell and failed in a bid to unseat him as Republican leader, as well as Sens. Mike Lee of Utah, Ted Cruz of Texas, and Mike Braun of Indiana.

With the Senate currently split 50-50, McConnell will need to whip another 10 Senate Republicans for any kind of omnibus to survive a filibuster. Should that happen, the AFPI letter seems to signal, Trump World has already registered its dissatisfaction.

This article was originally published by RealClearPolitics and made available via RealClearWire.SUPPORT TRUTHFUL JOURNALISM. MAKE A DONATION TO THE NONPROFIT WND NEWS CENTER. THANK YOU!