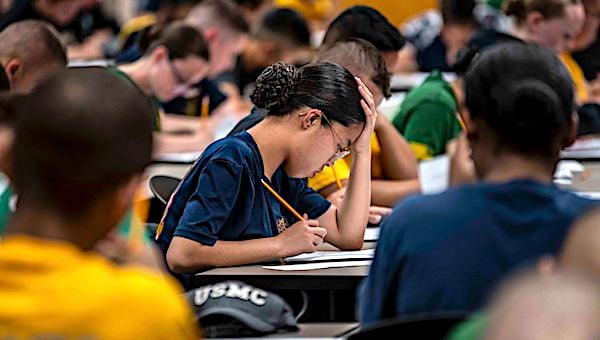 Filling a gap the CDC and FDA refuse to fill, a group of prominent research scientists conducted a risk-benefit analysis of the COVID-19 vaccine boosters for young adults in light of the continuation of mandates at universities and colleges across the nation.

In a paper published by the British Medical Journal, they concluded the mandates are not a science-based policy, with the vaccines failing to prevent infection and transmission and the risks of severe side effects outweighing any potential benefit.

Bardosh, a research assistant professor of anthropology, environmental and global health and emerging pathogens, explained in a Twitter thread that the paper was a response to FDA vaccine advisory board member Dr. Paul Offit's statement that the CDC must conduct a risk-benefit analysis of the vaccines for young people.

Offit wrote in the New England Journal of Medicine in April: "It is now incumbent on CDC to determine who most benefits from booster dosing & educate the public about the limits of mucosal vaccines."

Bardosh emphasized that no such analysis has been done by the CDC or the FDA, so he and his colleagues "took up the challenge."

Noting that more than 300 universities and colleges were, as of September 2022, were mandating boosters across North America, he asked: "Is this a science-based policy?"

And further, "Is it ethically justified?"

Using CDC and Pfizer data, the researchers estimated 31,207 of 42,836 previously uninfected adults ages 18-29 must be boosted to prevent one COVID-19 hospitalization in a period of six months.

But during that time, they also estimated, based on the data, 18.5 serious adverse events

So, for every million people boosted, 32 hospitalizations would be prevented. But there would be more than 593 serious adverse events.

The researchers anticipated that for every hospitalization averted, there would be 1,430 to 4,626 cases of adverse events serious enough to prevent people from conducting daily activities.

"The benefits are unlikely to outweigh the harms by any significant degree to justify liberty restrictions," Bardosh wrote.

"Current vaccines do not durably stop transmission," he noted.

Meanwhile, due to the mandates, students risk being dis-enrolled and faculty fired.

"Mandates have caused backlash, resistance and anger," he said. "This has further damaged the trustworthiness & credibility of scientific institutions/universities."