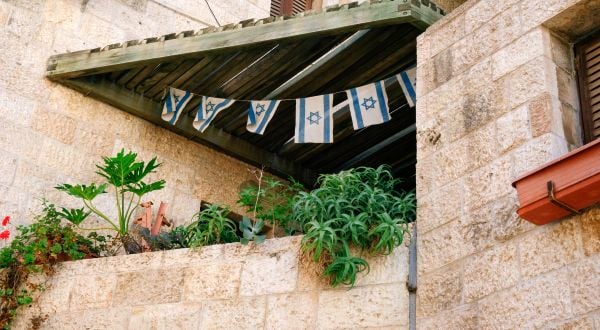 The United Nations General Assembly voted on Wednesday to hold an event commemorating Israel’s establishment as a “catastrophe.”

In a majority, 90 member countries voted in favor of the move with 30 dissenting, and 47 abstaining from the vote, according to the Jerusalem Post. The United States and most of the European Union came out against the proposal.

The word “Nakba” is an Arabic word meaning catastrophe, according to the Jerusalem Post. The Palestinians use to the term to refer to Israel’s establishment in 1948, which is observed annually on May 15.

In 1948, the British Mandate expired allowing Israel to announce the formation of a Jewish state and its independence. The Palestinians, however, claim the day as a time of mourning due to the displacement of their people following the Palestinian government’s rejection of the two-state proposal put forth by the United Nations in 1947.

The U.N.’s Division for Palestinian Rights of the Secretariat is responsible for organizing the event which will be held on May 15, 2023, at the U.N. headquarters in New York.

Today the #UNGA passed a shameful resolution calling for an official event to commemorate the Palestinian “Nakba” on the 75th Anniversary of the creation of the State of Israel. By passing such an extreme and baseless resolution, the UN is only helping to perpetuate the conflict pic.twitter.com/RH3cHVWdT1

Erdan had previously spoken out against the resolution, asking the U.N. to acknowledge the Jewish “Nakba” after displaying an exhibit for the 750,000 Jews that have been expelled from Arab countries and Iran.

Israel established Nov. 30 as its own “Nakba” Day to commemorate the expulsion of Jews from many Middle Eastern countries since 1947.

The U.N. also passed several additional resolutions that called for Israel to cease imposing “its laws and jurisdiction” in the Syrian Golan and to stop performing arrests and holding prisoners from the disputed territory of the Western Bank in Gaza.

The Permanent Observer for the state of Palestine said during the debate over the proposal that “Israeli exceptionalism has only emboldened Israel’s worst instincts.”

The Assembly’s vote comes after an increase in violence along the Gaza Strip and the West Bank.

The United Nations and Erdan did not respond to the Daily Caller News Foundation’s request for comment.