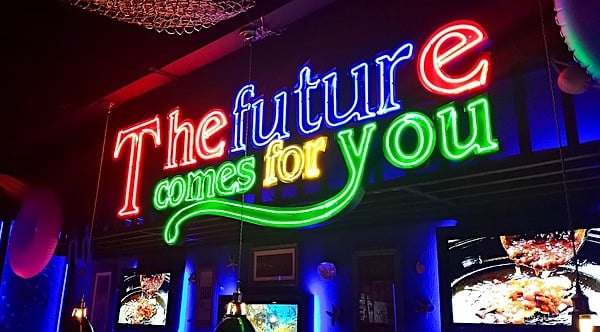 China is becoming less and less stable because of internal turmoil – public protests against COVID lockdowns and other policies that are hurting the economy.

The situation is that now the protests no longer simply aim at local malfeasance but target the overall Communist Chinese Party dictatorship, according to China expert Gordon G. Chang.

And that means that CCP chief Xi Jinping is becoming more dangerous.

In a column at the Gatestone Institute, Chang, who has authored The Coming Collapse of China, wrote, “Popular attitudes suggest China will remain unstable for some time. So why should the international community care about the current instability in China? Because China's regime might lash out.”

He continued, “If the Communist Party looked as if it would fall quickly, Xi could not lash out. He would have to devote all his resources at home, deploying the People's Liberation Army internally. If, however, the crisis plays out over a long time, Xi will have the opportunity to try to direct popular anger at neighboring countries or the United States and aim the Chinese military abroad.” He pointed out it was fortunate that the Soviet Union, when it failed, went fast.

”Do not expect China to go as quickly. Xi Jinping, in a secret speech to Communist Party cadres in December 2012 — the month after he took power as Party general secretary — criticized Mikhail Gorbachev for allowing the Soviet state to fail. The Soviet leader, Xi said, was not a ‘real man.’

”Xi, who does consider himself a ‘real man,’ has already during his ten years as general secretary exacerbated xenophobia in China. Fomenting hatred of America, to save the Communist Party from popular unrest, would not be a big step for him,” Chang wrote.

He said Xi “probably knows he cannot win back Chinese hearts short of starting a war.”

He cited outrage in China over COVID restrictions that prevented firefighters from responding to a blaze that killed 10. And the fact marchers began marching toward Tienanmen Square over the weekend.

Experts Chang cited warned that the issue now is that protesters are wanting “to get rid of the Party.”

He explained, “The Chinese people have had enough of Xi Jinping and CCP rule. They recognize the fundamental fact that the Party's system does not work. Xi cemented his position over the Communist Party at last month's 20th National Congress, but the Party is losing control of Chinese society.”