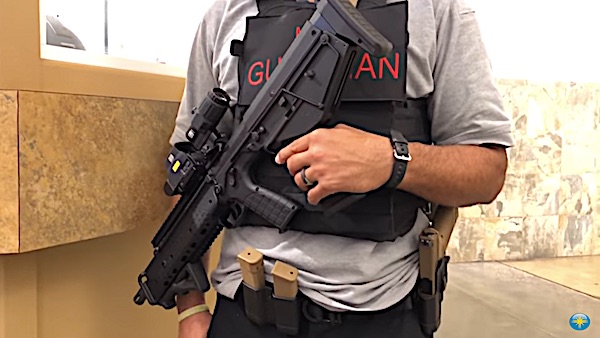 The idea isn't new that a group of armed radicals would gather and demand money from other people.

In New York City, and other crime-ridden locales, it's called a gang.

Or a criminal conspiracy.

That's according to a report in the Post Millennial, which reported many groups affiliated with the nationwide Black Lives Matter agenda, "held an armed rally in Richmond, Virginia, demanding reparations for descendants of former slaves."

"Video showed BLM757, BLMRVA, and the Fred Hampton Gun Club participating in the rally on Monday, armed with rifles in the gun-free zone of the State Capitol," the report explained.

"Reparations" has become a politically correct agenda item for cities and states in America, with some extremist plans insisting on giving up to $5 million each to certain minority members of the community. This is to even out the apparent inequities of what happened to other people in history.

The report said the groups armed themselves, and met, "demanding reparations for descendants of former slaves."

Police on duty in Richmond did not enforce the ordinary gun-free zone area around the Capitol.

"However, the group complied when police told the armed activists to move back toward a sidewalk because they did not have a protest permit," the report explained.

The report cited independent journalist Ford Fischer who said the armed organization was lobbying for reparations, as well as a congressional plan to study making payments to only some Americans.