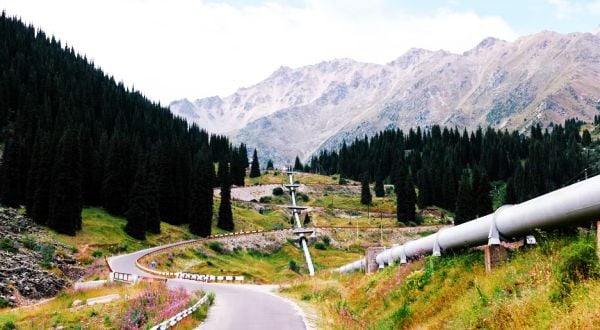 In a required report that was released without even any public notification, the Biden administration has confessed that the president's decision to kill the Keystone XL pipeline – part of his larger war against the American energy industry – cost billions and hurt families.

Fox News reports the details are from a "congressionally mandate report highlighting the positive economic benefits the Keystone XL Pipeline would have had" … "if President Biden didn't revoke its federal permits."

The report from the Department of Energy, Fox reported, confirmed the project would have created between 16,149 and 59,000 jobs and would have benefited America's economy to the tune of up to $9.6 billion.

"A previous report from the federal government published in 2014 determined 3,900 direct jobs and 21,050 total jobs would be created during construction which was expected to take two years," the report said.

Biden's war on energy is because of his agenda to turn the nation "green," demanding that everything be from renewable energy sources, even though it has been documented that those sources simple do not have the capability of providing America with all its energy needs.

One recent commentator noted that the U.S. needs fossil fuels simply to live.

The senator continued, "These policies may appeal to the woke left but hurt Montana’s working families. I’ll keep fighting back against Biden’s anti-energy agenda and supporting Montana energy projects and jobs."

The DOE under Biden was forced to release the information because Daines and Sen. Jim Risch, R-Idaho, inserted a provision requiring the report into the Infrastructure Investment and Jobs Act Biden signed in 2021.

That was one among many of Biden's massive spending programs.

Even so, while the law required the DOE to release the details within 90 days of the law becoming effective, bureaucrats there still deliberately waited more than a year before providing the numbers.

The DOE, in a statement to Fox News Digital, now has claimed Keystone would have provided "limited job impacts, with approximately 50 permanent jobs…"

Because of the pipeline shutdown by Biden, and his other anti-energy agenda points, gasoline prices in the U.S. exploded under his administration, ultimately reaching more than $6 a gallon in some cities. He recently claimed they had dropped significantly, but at that point they still were nearly double what they were when he took office.

The pipeline would have been finished this year, and would have brought 830,000 barrels of oil from Canada to the U.S.

A commentary at Redstate addressed the DOE's claim of 50 jobs.

"The cop-out here still being pushed by the DOE is the idea that the pipeline would only have created 50 permanent jobs. That’s a farce for several reasons. For starters, I’ve never heard of a pipeline that’s 1,200 miles long and only requires 50 people to maintain it, from those on the ground to those flying pipeline patrol from the air. Regardless, that’s not really relevant because the 'temporary' jobs still mattered. There are entire industries full of contract workers that make a living moving between 'temporary' jobs. Any individual construction project, for example, might only last a few years, but a few years of employment remains employment. How many people suffered because Biden needed to make a meaningless sacrifice to the 'climate crisis.'"

It also pointed out, "America is now more dependent on foreign oil and the longer supply lines that come with that, producing more carbon emissions in the process. In the end, pipelines offer a lower impact than ships, trains, and semi-trucks. Never mind the more important aspect of all this, which was the foreign policy disaster that resulted in giving away all our leverage, causing a mad scramble to try to get more oil from places like Venezuela."