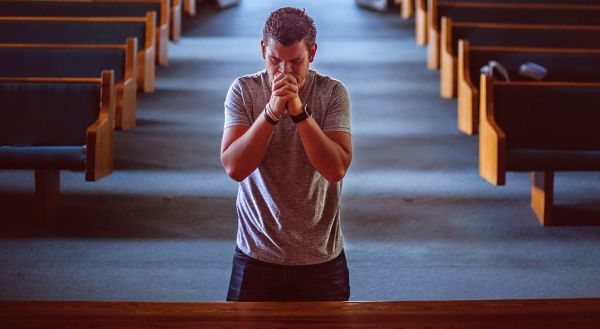 The city of Westmoreland in Tennessee is being called out by a legal team for its attempt to arbitrarily shut down a Christian church's ministry to men, which is intended to provide help including temporary housing as they try to escape drug addictions.

The letter is from the law firm Anderson & Reynolds PLC and First Liberty Institute, which explained to the city the church ministry already has met all of the city's requirements.

The target of the city's complaint is The Father's House, a homeless ministry of Living Water Full Gospel Church.

"The housing and program provided by The Father's House to men who are becoming better and more productive citizens should be encouraged, rather than prevented," explained, Steve Anderson of Anderson & Reynolds in a statement.

"The Father's House welcomes the opportunity to work with the city to resolve this issue."

The ministry focuses on providing housing and support to men who want to escape drug addictions. The building being used, an addition to the church, was approved by the city in 1999 for "institutional" use.

"The city’s zoning ordinances specifically permits residential living in the attached building owned by the church. Church officials asked city officials early in 2022 if they needed additional permits to provide housing in their already permitted facility and were told there were no additional requirements or conditions that had to be met," the legal team explained.

But recently, the city dispatched its demand that the ministry close.

However, the letter to the city notes, "The City’s ‘Cease and Desist’ letter violates Tennessee law because the city is substantially and unfairly burdening the church’s free exercise of religion. The Tennessee Religious Freedom Restoration Act (‘TRFRA’) prohibits any governmental entity in the state from substantially burdening the free exercise of religion unless it can demonstrate that: (a) the application of the burden is essential to furthering a compelling governmental interest; and (b) is accomplished in the least restrictive means of furthering that compelling government interest. TRFRA defines a substantial burden to include any government action that ‘inhibit[s] or curtail[s] religiously motivated practice.’ Here, the city is clearly burdening the church’s religious conduct because it has ordered the church to cease operating a religious ministry to help men escape the trappings of drug addiction. Thus, the city must prove both that its actions are furthering a compelling government interest and that the burden it is imposing is the least restrictive means of achieving that interest.”

The letter also notes that the city's demands violate the First Amendment and are, thus, "an unconstitutional exercise of governmental authority."

"Here, the city's treatment of the church is not neutral because it is singling out the church for disparate treatment. To our knowledge, the city is not applying zoning laws and building codes in this arbitrary manner to any other non-religious entities," the lawyers wrote.

Finally, the city's action violate the federal Religious Land Use and Institutionalized Persons Act, which specifies the process for imposing a "land use regulation in a manner that substantially burdens a religious practice…"