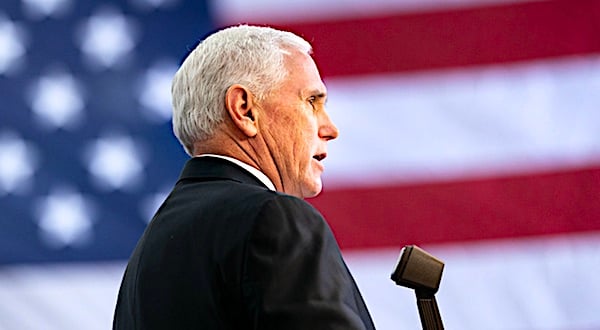 (WASHINGTON EXAMINER) -- A small number of classified documents was found in former Vice President Mike Pence's personal residence in Indiana earlier this month, according to reports.

Pence officials found two boxes of possible classified materials inside the home on Jan. 18, as well as another two boxes that contained copies of vice presidential papers, according to CNN. The vice president's team notified the National Archives and Records Administration upon its discovery, officials said. The National Archives then informed the FBI, which will conduct its standard procedure.

Pence's team conducted a search of the former vice president's Indiana home and his office at the Advancing American Freedom group shortly after it was reported that classified documents were found at the Penn Biden Center for Diplomacy and Global Engagement that were stored there following President Joe Biden's time as vice president, the outlet reported. The classified materials were then discovered in Pence's personal residence on Jan. 18.

WND News Services
These reports are produced by another news agency, and the editors of WND believe you'll find it of interest.
China denies balloon mysteriously flying over U.S. military sites is for spying
Montanans had asked state rep if they could 'take a shot' at Chinese spy balloon
Biggest Rolex online reseller cuts jobs as watch prices continue downward spiral
How unions funded by forcing workers to pay up leaves them 'worse off'
Reparations to blacks would open 'a Pandora's Box' of demands
See more...