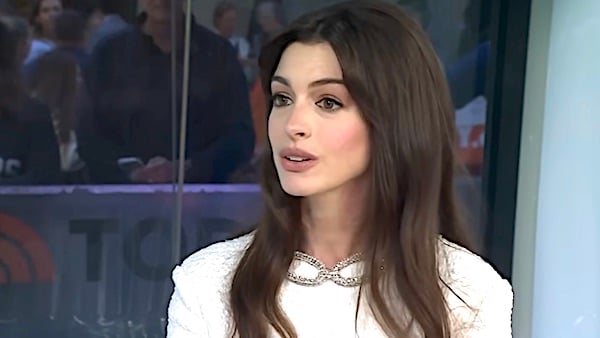 (FOX NEWS) -- Anne Hathaway recently revealed an inappropriate question she was asked by a reporter early into her acting career at the age of 16.

The actress discussed the interaction while being interviewed by Variety at the Sundance Film Festival for the opening of her new film, "Eileen."

"I just remembered one of the very first questions I ever got asked when I started acting and had to do press was: Are you a good girl or a bad girl?" Hathaway told the outlet. "I was 16. And my 16-year-old self wanted to respond with this film."