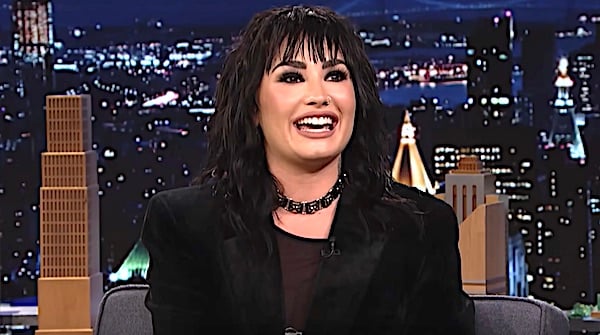 (FOX NEWS) -- Cover art for Demi Lovato's eighth album "Holy Fvck" has been deemed "offensive to Christians," and has now been banned by the Advertising Standards Authority (ASA) in the U.K.

The posters, which were originally placed in six different locations in London this summer, all showcased the same imagery used for Lovato's album cover, which shows the 30-year-old in a "bondage-style outfit whilst lying on a large, cushioned crucifix."

The posters remained up for four days in locations, where many complained were accessible by children. Breach of code was determined because of Lovato's clothing, as well as her positioning atop a "mattress shaped like a crucifix."