You've heard the story – or at least parts of it.

Bolsonaro was a conservative president, a popular one, running for reelection.

"Lulu" is a communist, allied with the Chinese Communist Party. On top of that, in April 2018, he wound up in prison convicted in a massive corruption scandal that appeared to end his long and storied political career. But about a year and a half behind bars, he was released on a technicality, in 2019, when Brazil's Supreme Court annulled his conviction, finding that the judge in the case was biased.

Then da Silva launched another run for the presidency and went on to win with 50.9% of the vote compared to 49.1% for Bolsonaro – in the tightest presidential race going back at least to the end of Brazil's dictatorship 37 years ago.

For all of December, the election was contested. Millions of people filled the streets, peacefully, in the some of the largest demonstrations in the world.

Outside of Brazil, the demonstrations went virtually unseen, including in the United States. They were blacked out.

On top of that, Joe Biden, months before the election, sent an unusual message to Bolsonaro. He told him, in no uncertain times, not to contest the election if he lost.

You can imagine what Bolsonaro thought of that warning – coming from Biden. Bolsonaro remembered clearly the 2020 election in the U.S. He knew it had been fixed, rigged, stolen.

Another thing you should know about the Brazilian election. They didn't use paper ballots – at all. They used just machines. One of the ways people knew it was rigged, aside from the activity by the Chinese Communists, was some of the regional results. In heavily contested areas, the supposed results revealed no opposition to "Lulu." None! He received all of the votes.

That's why the people amassed in some of the greatest peaceful protests in the history of the world. 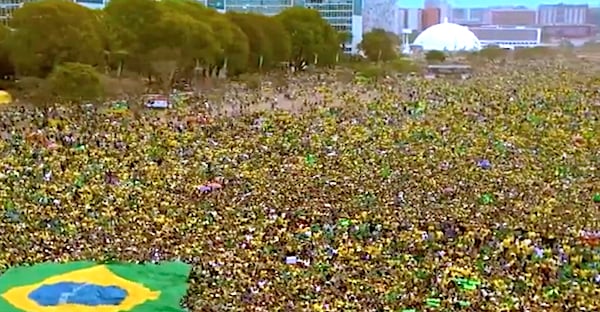 Just look at them! But keep in mind that the people in Brazil knew the protests were not seen outside of Brazil because of the fake news media in the U.S. and in Brazil!

Flash forward to what is being called the Jan. 6 style riots in Brazil, on Jan. 8. They include break-ins at the Brazilian Congress, the presidential palace and the Supreme Court

And by contrast, look at the pictures! 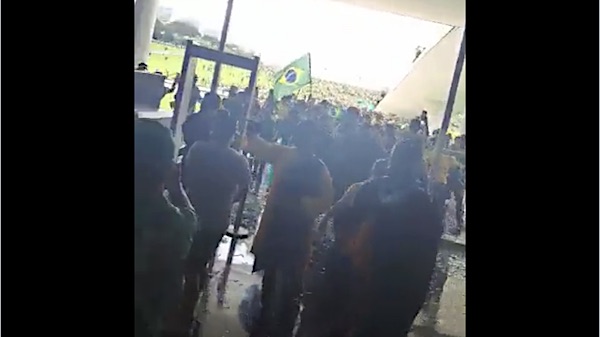 This week, of course, Joe Biden condemned the unruly protests and offered his full support for Lula after the two spoke by phone. Meanwhile, Bolsonaro, a very good man, is in the U.S. but can be easily extradited. Biden called the unrest, familiarly, an "assault on democracy."

In a tweet on Sunday, Biden said supporters of Brazil's former President Bolsonaro were attacking the peaceful transfer of power in the nation, and again cast his support behind President da Silva.

Does any of this surprise anybody?

Did you expert Biden to change his tune with the change in the House of Representative?

Is this whole pattern of rigged elections getting old?

Is it clear to you how it's all done, with the help of the cooperative media and the Big Tech tyrants?

Brazil is the largest county in South America. China has long had its eyes on it – in fact, all of Latin America. It's their big prize. And now Beijing's man is president.