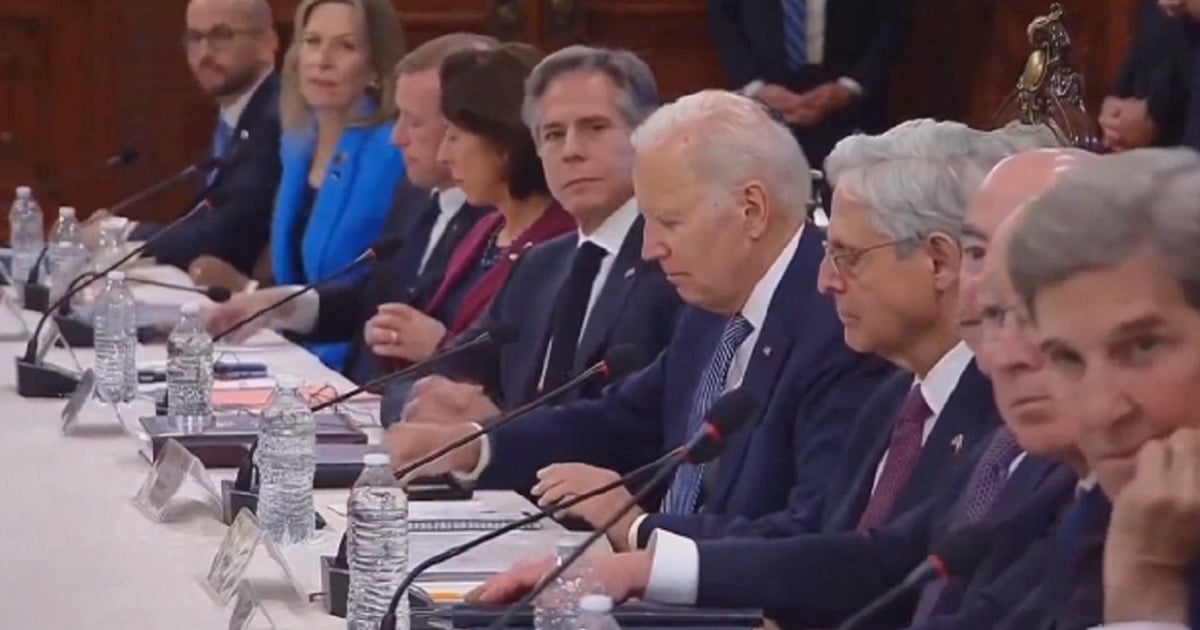 There already had been comments made that the scandal over Joe Biden's decision to keep classified government documents from years ago, during his time as vice president, in unsecured storage areas at a vacant office and at his Delaware home was an inside job.

That would be scheming on the part of Democrats to create an obvious reason for him to end his career with this term, to not seek another four years in the White House.

Now a report from Trending Politics explains that Rep. Matt Gaetz, R-Fla., has openly suggested that is the case.

But he pointed out the scandal erupted – after weeks in which Biden and his cronies allegedly tried to keep it secret – "Just as Joe Biden is hardening the cement around his decision to run for president again, they start looking for what classified documents might have been tucked away eight years ago."

The documents have been found at the Penn Biden Center and at Biden's Wilmington home where son Hunter Biden, while on some of his drug-induced episodes, lived while he was making deals with Chinese interests.

CNN reported the documents included those from Joe Biden's time as vice president, and that they were not secured as required by law. Nor did Joe Biden, as VP, have the authority to declassify them.

A special counsel is looking into Joe Biden's actions.

President Trump, who was targeted by an FBI SWAT raid for keeping documents from his own presidency, did, in fact, have authority to declassify the paperwork he held, and confirmed he had done just that.

The report noted, too, that a "mystery woman," Kathy Chung, "then a Biden aide, was questioned by law enforcement over her role moving the boxes of docs from the vice president’s office. Chung had so happened to have gotten her job from the recommendation of Hunter Biden. During her time at the VP’s office, she had given Hunter a 'treasure trove' of phone numbers for the most famous and powerful people in the country. She also copied him on the vice president’s 'intelligence briefings.'"

The report explained, "If you combine the suspect political timing, the unpopularity of the Democratic president, the murkiness of how such a scandal happened, the fact that his administration raided former President Donald Trump over a similar issue, and the quick appointment of a special counsel by one of the most politicized attorney generals in U.S. history, then you have more than enough cause to question whether it was an 'inside job.'"

Trump charged the FBI should have raided Biden’s properties, and those belonging to Hunter Biden.

"What about all of these places that he’s got? What about his house? What about Hunter’s house? You know, who’s going to go in there like they did with me? Who’s gonna do that?" Trump asked.

Further, she also provided "hundreds of phone numbers for security officials, senators and congressmen, and numerous celebrities that Chung passed on to Hunter Biden."

The information was found on Hunter Biden's unencrypted laptop that he abandoned at a repair shop.

She also sent along a "contact database of 1,500 people, including actress Gwyneth Paltrow and Coldplay singer Chris Martin. She also provided the contact information for ex-FBI chief Louis Freeh and the names of three Secret Service agents."

The report said Chung "currently serves as deputy director of protocol for Secretary of Defense Lloyd Austin. Pentagon Press Secretary Brig Gen Patrick Ryder has referred all questions about Chung’s interview to the Department of Justice."