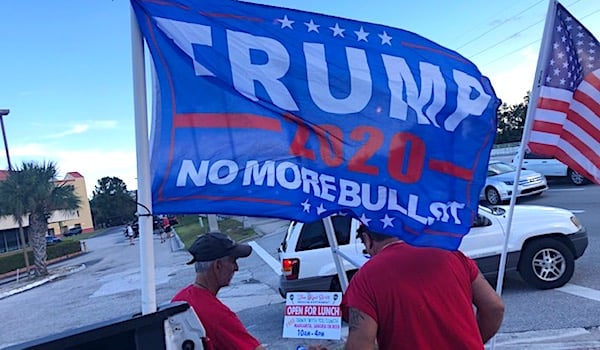 Hans von Spakovsky, a senior legal fellow at The Heritage Foundation and former commissioner on the Federal Election Commission, has revealed in a new column at The Daily Signal that his organization now has documented 1,412 proven instances of election fraud.

"Our legal center is monitoring many other ongoing prosecutions," he added.

He cited the database which includes election fraud cases as demonstrating the vulnerability of America's electoral process and the need for reforms.

"The database doesn’t list potential fraud discovered by election officials and others that is never investigated or prosecuted, and it obviously cannot list fraud that goes undetected when states with poor security don’t have the tools in place to even realize such fraud is occurring," he explained. "But states—especially now that many state legislative sessions are now beginning—should make stopping fraud and ensuring the integrity of their elections a top priority."

He cited "a few examples," including the "ballot-trafficking scheme orchestrated by Leslie McCrae Dowless, which involved stuffing ballot boxes with faked absentee ballots.

Von Skakovsky also pointed out the case of Janet Reed, an Evansville, Indiana, Democratic Party activist, who sent illegally pre-marked absentee-ballot applications to voters ahead of the 2020 primary election.

"To make matters worse, Reed pre-selected the Democrat Party where voters were supposed to choose to receive either a Republican or Democratic primary ballot. Reed included instructions with the applications stating the party affiliation 'needs no input,'" he reported.

The commentary noted there are cases of convicted felons voting and fraudulent address changes.

In Florida, a man was caught asking for an absentee ballot for his wife, who had died two years earlier.

Then there are ineligible aliens voting, too.

The report adds to the impetus for better election security in America, a subject that was highlighted in a recent column from commentator Chuck Norris on WND.

He recommended the film, "2000 Mules," which was released back in May by filmmaker Dinesh D'Souza.

Norris explained, "What Dinesh did in "2000 Mules" was to examine the evidence for voter fraud in the 2020 election by tracking digital device location data of "mules," or individuals who stuffed voter drop boxes with stacks of completed ballots, especially in swing states.

"Before you criticize the premise as impossible, or believe someone else's conclusions (even mine), you should watch the documentary (available online) and examine the evidence for yourself. It contains digital, telecommunication and video evidence of ballot box stuffing occurring by the same individual in multiples areas. As I'll share in a moment, this all makes a huge difference because modern elections are now determined by drop-box and mailed ballots," he wrote.

Norris cited the work of a group of sheriffs concerned about election fraud.

"If the federal government will not launch an investigation into mail ballot election fraud as they have on the Jan. 6 Capitol protests, then my wife, Gena, and I are in full support of these sheriffs and encourage other law enforcement across the land to join them," Norris wrote.

"You can believe or disbelieve in 2020 election fraud; that is your American right. However, the question is: Is it possible that it really occurred in some way, shape, or form? Whether fraud contributed to the win or loss of your favorite candidate's election is secondary compared to whether or not any form of corruption occurred in the national election."

He also cited the work of the Public Interest Legal Foundation which found solid evidence that "tens of thousands of cases of possible voter fraud" happened.

For example, there were found 349,773 potentially deceased voting registrants across 41 states; Michigan, Florida, New York, Texas and California account for roughly 51% of national dead registrants, and there were 43,760 likely duplicate registrants appear to have cast second votes in 2016 from the same address.

He suggested, "Election investigation is warranted right now based simply on the fact that Joe Biden received 13 million more votes in 2020 than mega-popular Barack Obama did in 2008, when Obama set a record of votes for any presidential election before and despite Biden is the most unpopular presidential candidate and leader since the founding of our republic.

"Is it plausible that the least-popular candidate in history (Biden) could beat one of the most-popular incumbent presidents (Trump) by a record-breaking 7 million votes: Biden with 81,282,916 votes compared to Trump with 74,223,369? Is it also plausible during a global pandemic that there would suddenly be an overall 7% increase in voter turnout across the country in 2020 compared to 2016?"

Content created by the WND News Center is available for re-publication without charge to any eligible news publisher that can provide a large audience. For licensing opportunities of our original content, please contact [email protected]ewscenter.org.