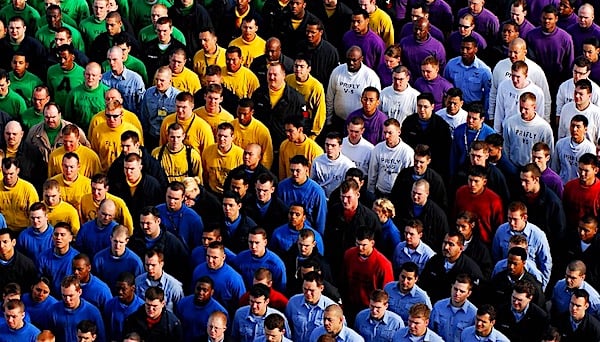 CBS’ “60 Minutes” opened 2023 by airing a segment about the dangers of population growth featuring biologist Paul Ehrlich, who has long predicted societal collapse and disaster due to high population.

Ehrlich, a Stanford University professor, said humanity was not sustainable and reiterated his concerns that the planet’s human population was crowding out the natural environment to our own peril. While the world population is still rising, the rate of human fertility plummeted by roughly 50% across the globe in the last 70 years; the average family had five children in 1952, but now has fewer than three.

“Oh, humanity is not sustainable. To maintain our lifestyle (yours and mine, basically) for the entire planet, you’d need five more Earths. Not clear where they’re gonna come from,” he said. “Resources that would be required, the systems that support our lives, which of course are the biodiversity that we’re wiping out. Humanity is very busily sitting on a limb that we’re sawing off.”

Ehrlich, 1968: “The battle to feed all of humanity is over. In the 1970s hundreds of millions of people will starve to death.”

Earlier in his career he predicted that hundreds of millions of people would starve to death in the 1970s, that England would not exist by 2000 and that “an utter breakdown of the capacity of the planet to support humanity” would occur by the 198os, according to The New York Times.

Host Scott Pelley mentioned that Ehrlich had been viewed as an alarmist when “Population Bomb” came out.

“I was alarmed. I am still alarmed. All of my colleagues are alarmed,” Ehrlich said. “The rate of extinction is extraordinarily high now and getting higher all the time.”

Ehrlich and CBS did not respond to the Daily Caller News Foundation’s request for comment.