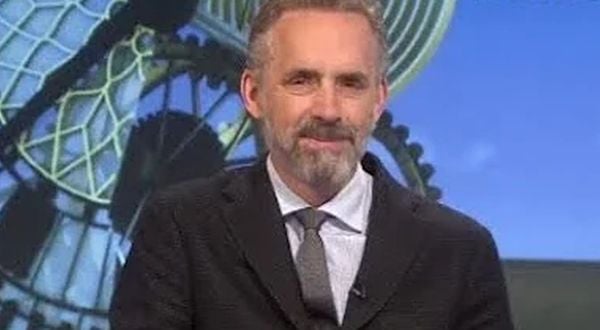 Protesters rallied outside of the College of Psychologists of Ontario (CPO) Wednesday in support of clinical psychologist Jordan Peterson who was recently ordered to undergo re-education training following complaints of his conservative social media posts.

The CPO, which is the governs the Psychologists and Psychological Associates in Ontario, informed Peterson he would be required to complete a six-month coaching program about online communication after it determined he “lacked professionalism” in comments made during an appearance on the Joe Rogan podcast in 2022, according to Peterson’s tweets on the order. Peterson said that he would not complete the program, even though failure to comply could put his license at risk.

In response, nearly 500 protesters gathered outside of the CPO offices to express their support for Peterson, according to the Toronto Sun.

"We are here today in support of Jordan Peterson, but also in support of all of these courageous Canadians who were silenced, sanctioned or lost their jobs because of their words, because of their convictions – psychologists, doctors, nurses, pharmacists and lawyers,” Maxime Bernier, leader of the People’s Party of Canada, said, according to the Sun. “All of these people fight for us, and we are here to defend openly, with passion and determination, our freedom to express our own opinions against these tyrants who censor us and impose on us their leftist orthodoxy.”

Peterson first alleged that he was under scrutiny by the CPO for tweets critical of Prime Minister Justin Trudeau, according to his Twitter. He has since released the dozen complaints filed against him, which cite various tweets opposing COVID mandates and claims that he harassed transgender actor Elliot Page.

Here is updated documentation relevant to my pending Ontario College of Psychologists’ re-education (screenshots of the “charges”; redundant pages removed: https://t.co/SXcOD0naTW
In this thread I will also post the entirety of their summary and decision. Take note @CPOntario

Peterson tweeted about Wednesday’s protest on Twitter and specifically asked the CPO whether the “protest constitute[s] a public complaint about [its] professional conduct?”

“Looks like a lot more than the dozen or so who have attempted with your help to vilify me,” he tweeted.

Query @CPOntario dies this protest constitute a public complaint about your professional conduct? Looks like a lot more than the dozen or so who have attempted with your help to vilify me… https://t.co/qcVKw0B7LT

Peterson also noted the lack of coverage from mainstream outlet CBC, which he referred to as Trudeau’s “paid minions.”

Any coverage of this from Trudeau’s paid minions at @CBC ? https://t.co/qcVKw0B7LT

Peterson and the CPO did not immediately respond to the Daily Caller News Foundation’s request for comment.

Content created by The Daily Caller News Foundation is available without charge to any eligible news publisher that can provide a large audience. For licensing opportunities of our original content, please contact [email protected]on.org.