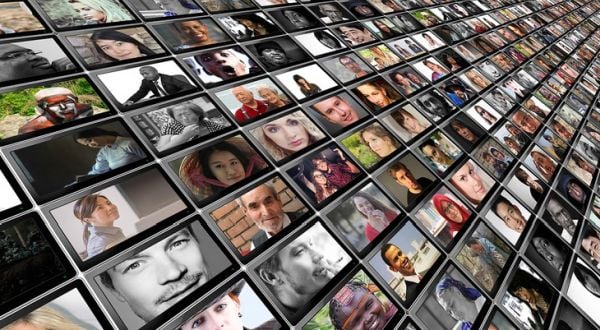 A new investigation of the federal employees who leave behind the federal positions for which taxpayers have trained them, and move into highly paid positions in Silicon Valley, alarmingly suggests a significant move against Americans' freedom of speech.

Just the News documented what it called a "spooks-to-Silicon-Valley pipeline" involving hundreds of federal agents, intel analysts and even psychological operations experts.

They all once were trained "with taxpayer money to fight foreign enemies or capture big criminals."

But now they're taking "higher-paying private sector jobs where those same skills now target Americans' opinions in the name of fighting 'disinformation.'"

"Disinformation" and "misinformation" have been the catch words that the left has used in recent years to try to suppress any dissenting opinion. For example, accurate reports about the Biden family's international business schemes were labeled "disinformation" so that they could be withheld from American voters.

Yet the "misinformation" – the lies – used to create the Russia collusion conspiracy theory against President Trump during the 2016 election didn't get that same treatment.

The routine censorship of conservative thought by Big Tech now is being reviewed by Congress and the courts.

One of the things that has been revealed is the "troubling revolving door" that exists involving the U.S. intel community and Big Tech giants who are bent on suppressing those statements with which it disagrees.

Key names on the list include Aaron Berman, who was a CIA analyst and now is with Facebook, addressing "misinformation."

Another is James Baker, the ex-FBI counsel who was with Twitter until he was fired by Elon Musk. He was one of the key players in the fabricated evidence that the FBI used to get FISA warrants to spy on the Trump campaign.

The report explained none of those who have traveled the pipeline contacted "returned phone or email requests for comment."

"But in videos posted online, some acknowledged they are part of a new vanguard of Big Tech censors operating in a world where there is little consensus about what should be done and what is legal," the report revealed.

Berman, for example, said, "There is very little agreement whether we should be leaving more content up or taking more content down. With any particular rule or issue that we're looking at where something has come up, where the rules are not 100 percent clear, we're not going to make everybody happy."

Some openly concede they are biased, the report said.

Former President Donald Trump has, in fact, proposed a solution, offering the idea of a seven-year waiting period before any staff member of those select powerful agencies could take a position at a major social media platform.

Trump, who never has been known to pull punches in his comments, said the information available reveals "the FBI and other rogue agencies have been systematically colluding with former national security officials placed in high positions at Twitter and very likely other companies to advance their censorship regime."

He said Congress should investigate.