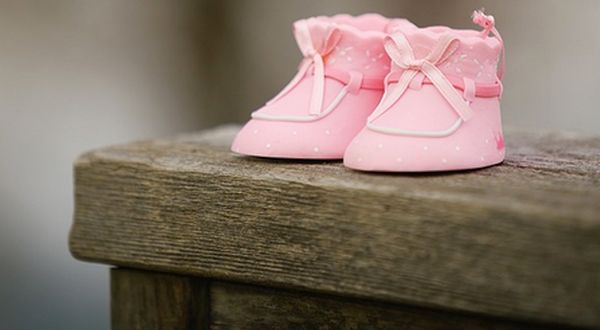 In a recent op-ed for The Nation, abortionist Daniel Grossman attacked pro-life laws and made the erroneous statement that abortion survivors are a pro-life “myth.” Despite his claims, data gathered by the CDC and by various states reveals otherwise.

The Montana referendum
Grossman — along with Andréa Becker, a researcher at the UCSF Bixby Center for Global Reproductive Health, where Grossman also works — began by pointing to a pro-life referendum in Montana that had failed to pass in November. The referendum sought to ensure that all infants who are born alive, whether prematurely or during failed abortions, would receive medical care in an effort to save their lives. The abortionists criticized it and the lawmakers behind it.

“Anti-abortion lawmakers intentionally used biased, medically inaccurate, inflammatory language to confuse and outrage voters,” they wrote. “The ballot measure claimed to create protections for ‘infants born alive during abortion,’ legislating an imagined situation to demonize and further criminalize abortion providers by threatening a felony charge punishable with a 20-year jail sentence and $50,000 fine. The danger for abortion providers lies not only in the threat of jail time but also within the violent language that went unchallenged in the public conversation.”

The text of the bill reads:

Grossman and Becker are angry because abortionists could have faced jail time should a preborn child survive an abortion attempt, and then be left to die — a very real scenario that they referred to as “an imagined situation.” They also then claimed abortion survivors are an ‘overblown myth.’

Human beings can and do survive abortions
Grossman alleged that the idea of abortion survivors is nothing more than a “misinformation campaign.” He said, “It persists today, as recently as 2016, when a Republican-led Congress demanded an inquiry and report by the Centers for Disease Control and Prevention (CDC) on the topic. In at least six states, anti-abortion legislators called for medically unnecessary mandatory reporting by abortion providers of cases where a living fetus was delivered — conjuring the assumption that this is a common occurrence.”

First, it is not a myth that children survive abortions. Data from the Centers for Disease Control and Prevention (CDC) has revealed that over the course of 12 years, more than a hundred infants were reported to have survived for at least a short time after abortions. Minnesota’s most recent abortion report, for example, revealed that five children were born alive during abortions in that state in 2021 alone. The report further added that none of them received medical care — in other words, they were left to die.

Another report found that over 100 babies were born alive following abortions in just five states over approximately a decade. Furthermore, though Kermit Gosnell is the most notorious example of an abortionist who either allowed abortion survivors to die or actively murdered them, he is far from alone. As Live Action’s Inhuman investigation showed, other abortionists are all too willing to let abortion survivors die:

During the Live Action investigation, abortionists or their staffers repeatedly admitted to undercover investigators how they ensure that abortion survivors do not remain alive. They spoke of denying babies any medical care and even spoke of infanticide. As a staffer at Emily’s Women’s Center abortion facility in the Bronx said:

In addition, Planned Parenthood lobbyist Alisa LaPolt Snow testified before the Florida House, arguing that whether or not abortion survivors are left to die or are killed through infanticide should be a decision left up to a woman and the abortionist. “We believe that any decision that’s made should be left up to the woman, her family, and the physician,” she said. “That decision should be between the patient and the health care provider.”

Prior to her work as a pro-life activist, nurse Jill Stanek discovered that on her hospital’s labor and delivery floor, a baby boy with Down syndrome had survived the abortion attempt on his life. He was being taken to the soiled utility room by another nurse because the parents did not want to hold him, and doctors would not provide him with medical care. Stanek held the tiny baby and rocked him for hours until he passed away. After Stanek went public with this information, the hospital installed a special “comfort” room. Stanek’s experience changed the course of her life and became the catalyst for her pro-life work.

Abortionists themselves have admitted that babies are born alive during abortions often enough that there’s an industry term for it: the “dreaded complication.” One instance of a baby born alive following an abortion was caught on tape in a 911 call, nurses have shared horror stories of not being allowed to care for survivors, and the CDC has records of infants surviving abortions.

Abortion survivors who are now adults have also spoken out.

The reality of late-term abortion
Preborn children are most likely to survive failed later abortion attempts, such as induction abortions. In those procedures, the abortionist often begins by giving the child what is meant to be a fatal shot of digoxin to cause cardiac arrest. Several days later, the mother is meant to deliver the body of her dead child. But for Grossman, this is not an issue — the problem is that the pro-life movement is bent on “portraying abortions later in pregnancy and palliative postnatal care as gruesome and dehumanizing.”

The abortion industry often uses vague, unspecific language to describe abortion procedures in order to make abortion seem simple and neat. Planned Parenthood, for example, describes surgical abortions without much precision, saying they take less than an hour and that during the brutal dilation and evacuation, or D&E, abortion, the abortionist uses “a combination of medical tools to remove the pregnancy tissue out of your uterus.”

This is a simplification of the procedure, which is described by Kathi Aultman, an OB/GYN and former abortionist. She explained that after using laminaria to dilate the mother’s cervix, one to two days later, the abortionist will forcibly dilate her cervix further before using a Sopher clamp to quite literally tear the baby’s arms and legs off before crushing her skull. It is possible to survive such a procedure.

Both Grossman and Becker are affiliated with the Bixby Center for Global Reproductive Health, operating out of the University of California San Francisco (UCSF). The center trains new abortionists and has boasted of developing “new abortion methods.”

Grossman himself is one of many in a line of men promoting the ‘necessity’ of abortion. He is known for arguing that self-managed chemical abortions, at home, without the supervision of a doctor, are safe. Yet the abortion pill has been found to be four times more dangerous than first-trimester surgical abortions, with complications including nausea, cramping, hemorrhaging, vomiting, infection, and failed abortion. Without a doctor’s supervision, it’s impossible to determine the baby’s true gestational age, rule out contraindications, and ensure there isn’t an extrauterine (ectopic) pregnancy — which could be deadly to the woman.

Yet Grossman has a vested interest in ensuring the abortion pill regimen is widely available: he also works as a senior advisor for Ibis Reproductive Health, which is directly funded by DANCO Laboratories — the abortion pill’s manufacturer.

Grossman and Becker present themselves as unbiased experts, yet they have a vested interest in smearing the pro-life movement and keeping abortion legal. That includes covering up the abortion industry’s secrets — that children do survive abortions — and pretending that killing preborn children is normal, simple, painless, and complication-free.