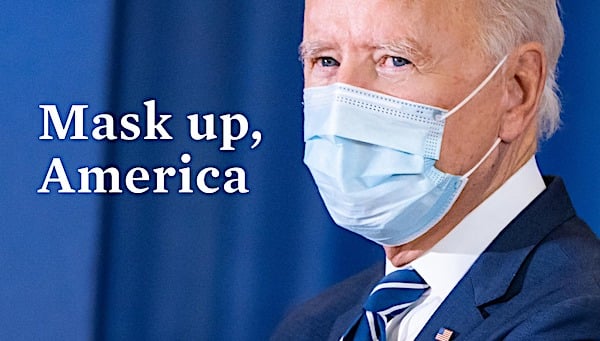 President Joe Biden’s Department of Justice (DOJ) continued its fight to implement a nationwide mask mandate on airplanes and other forms of transportation in federal court Tuesday, according to Reuters.

The DOJ asked the 11th Circuit Court of Appeals to reverse a federal judge’s April 2021 decision striking down the mask mandate, according to Reuters. Biden declared that “the pandemic is over” Sept. 18, 2021, and all 50 states and most localities had dropped their own mask mandates by early 2022.

Only a week earlier, Biden had announced his latest extension of the temporary mask mandate initially implemented in January 2021, extending it into mid-May.

“The Department of Justice and the Centers for Disease Control and Prevention (CDC) disagree with the district court’s decision and will appeal,” the DOJ said after the mask mandate was struck down. “The Department continues to believe that the order requiring masking in the transportation corridor is a valid exercise of the authority Congress has given CDC to protect the public health. That is an important authority the Department will continue to work to preserve.”

Reports of unruly airplane passengers surged during the pandemic, peaking at 6.4 per week in the final weeks of the mask mandate before plummeting to 2.2 per week or fewer for the remainder of 2021, according to Federal Aviation Administration data.

The DOJ and the White House did not respond to the Daily Caller News Foundation’s requests for comment.