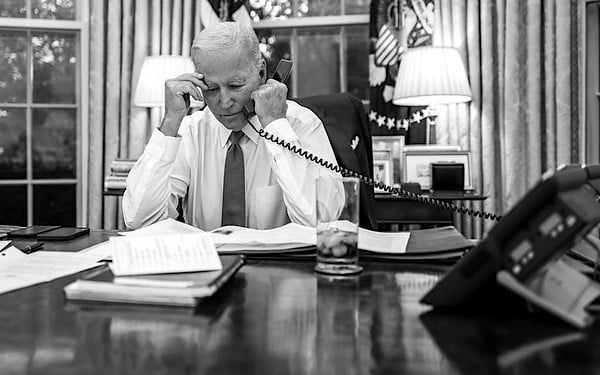 Democrats impeached Donald Trump twice, failing both times to convict the former president of any high crime or misdemeanor.

But now that Republicans are in charge of the House, some are wondering if the GOP has the fortitude to impeach Democrat Joe Biden.

It was Maria Bartiromo of Fox News who asked the congressman plainly: "If you find that there was actual evidence of wrongdoing, will you support impeaching Joe Biden?"

"Oh that's something that will happen," Donalds responded.

"But what we want to do right now is go through the process of investigation."

"Republicans will bring accountability back to Washington. We will investigate Dr. Fauci. We will repeal the 87,000 IRS army. And we will IMPEACH JOE BIDEN."

Republicans will bring accountability back to Washington. We will investigate Dr. Fauci. We will repeal the 87,000 IRS army. And we will IMPEACH JOE BIDEN. https://t.co/TIRmfr2ar1

Author and filmmaker Dinesh D'Souza posted a video about the matter, saying: "There are several reasons to open a Biden impeachment investigation, but the borderline insanity of Biden's border policies is undoubtedly one of them."

There are several reasons to open a Biden impeachment investigation, but the borderline insanity of Biden's border policies is undoubtedly one of them. pic.twitter.com/Jyh4K8Crs0

Other top Republicans in Congress are voicing their support for impeaching Biden.

"How I feel about Joe Biden? I see this guy as a talentless, career politician and completely derelict in his duty, which is why I've called for him to be impeached!" Tenney said, according to Trending Politics. 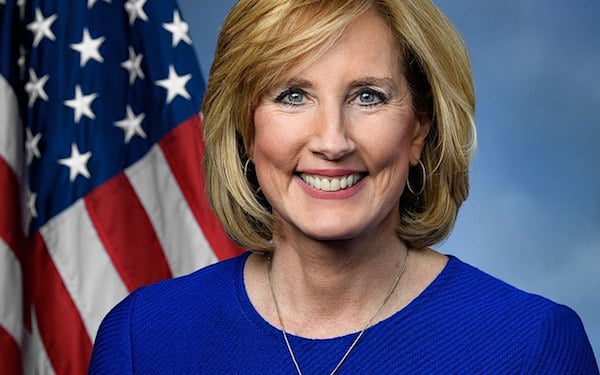 "One of the things about the Republicans that is kind of frustrating at times is, we don't fight. We have to fight every single day, right now. I stand up to the status quo in both parties, I have a core set of principles. Can we preserve this Republic? It is all on the line. It's not easy to fight the fight that patriots fight, but it's worth it."

"Whether it is Joe Biden's dereliction of duty at the Southern Border or his disastrous retreat in Afghanistan, I have called for Joe Biden to answer to the American people in Impeachment hearings. I will not stand by while Biden and Pelosi trample on our constitution to push their far-left agenda. I look forward to working with a Republican House Majority ... to impeach Biden and hold his administration accountable for their numerous failures."

Rep. Lance Gooden of Texas stated: "I really believe that impeachment could be on the table. And I would support that, certainly. The bar was so low to impeach President Trump. And even if the bar were raised exponentially, I believe that President Biden has met that requirement. What we're seeing at the border is not just criminal, but it is immoral."

New York Rep. Elise Stefanik said: "Anything is on the table when we are in the majority. We're focused like a laser on the crises in America, and what I hear from voters even in my district in Northern New York – because I represent border patrol officers who have been transferred again and again and again to the southern border – is that the crisis after crisis is a catastrophe."

And Ohio GOP Sen.-elect J.D. Vance noted before being sworn in: "The thing that I think Biden has done that is genuinely unprecedented in the history of this country is to sanction, encourage and pay for an invasion of this country. A lot of negative things I could say about Bill Clinton, but Bill Clinton did not allow an invasion on this scale, or actively encourage people to do it, even while the leading cause of death for communities, among young people, is the fentanyl they're bringing in from Mexico... This is ridiculous, it's traitorous conduct, and we need to do something about it."