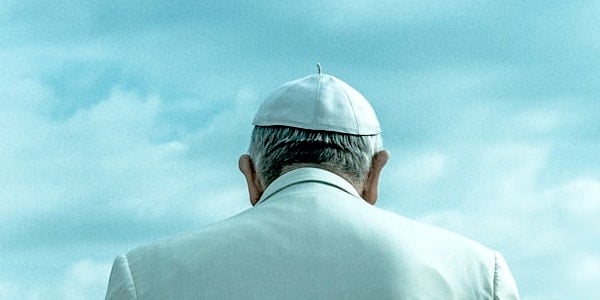 Pope Francis from behind (Photo by Nacho Arteaga on Unsplash)

Pope Francis I said in an interview with the Associated Press that “homosexuality is not a crime” and encouraged bishops to stop practicing forms of conversion therapy.

Francis has come under scrutiny in the past for his statements regarding the LGBTQ community, including his perceived endorsement of same-sex civil unions in 2020. The pope stated during the interview that while homosexuality is considered a sin, it should not be a “crime.”

“It’s not a crime. Yes, but it’s a sin,” Francis stated during the interview. “Fine, but first let’s distinguish between a sin and a crime.”

He also called for countries that still have sodomy laws to immediately repeal them and said the church must declare similar laws as “unjust,” according to the interview. Currently, 67 countries, and more than a dozen states in the U.S., still have sodomy laws, including several countries in Africa that the pope will be visiting later in the year.

In January 2022, the pope explained during his weekly address to the church each Wednesday that no parent should ever “condemn” their child for their sexual orientation, stating that parents should instead find ways to “accompany” their children and “not hide behind a condemning attitude. “Francis also said, during his Tuesday interview, that LGBTQ people should be respected and welcomed into the Catholic church, arguing that God loves people “as we are.”

“We are all children of God, and God loves us as we are and for the strength that each of us fights for our dignity,” Francis said.

The pope’s comments come only days after a book by Pope Emeritus Benedict was released posthumously over the weekend condemning the “homosexual gay clubs” in Catholic seminaries. Benedict also discussed several scandals within the church regarding pedophilia and pornography, blaming the changes from traditional moral norms to more deviant inclinations on the sexual revolution of the 1960s.

“Indeed, we must urgently implore the Lord’s forgiveness and above all pray and beg him to teach us all to understand anew the greatness of his passion, of his sacrifice,” Benedict wrote.

The Vatican did not respond to the Daily Caller News Foundation’s request for comment.