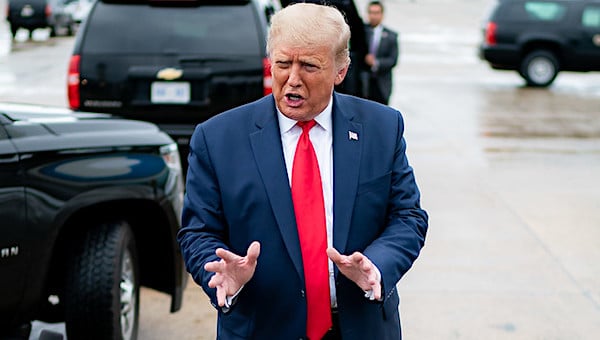 President Trump is calling for primary opponents for all of the 18 Republican senators who supported Joe Biden's latest spending spree.

He was referencing Biden's $1.7 trillion spending bill that passed Congress just before the holidays.

"It's as though [Senate Minority leader Mitch McConnell] just doesn’t care anymore, he pushes through anything the Democrats want. The $1.7 TRILLION quickly approved Bill of the week before was HORRIBLE. Zero for USA Border Security. If he waited just ten days, the now 'United Republican Congress' could have made it MUCH BETTER, or KILLED IT. Something is wrong with McConnell, and those Republican Senators that Vote with him. PRIMARY THEM ALL!!!" Trump wrote.

The Washington Examiner said the comment was on Truth Social.

"Trump criticized McConnell for his vote to pass the government omnibus spending bill late last year, repeating previous accusations that the Senate minority leader allowed Democrats to push through several of their agenda items along with the annual budget. Trump also repeated racist comments he has previously made toward McConnell’s wife, former Transportation Secretary Elaine Chao," the report said.

The Democrat spending bill included a long list of provisions for government funding over the next year, as well as earmarks that lawmakers insisted on having that provided special spending for their districts.

At the Mediaite, a report explained Trump first congratulated Speaker Kevin McCarthy for his election, following 15 rounds of voting.

He included a video of McCarthy giving credit to the 45th president for his role "in helping negotiate his successful bid for second in line for the presidency," the report said.