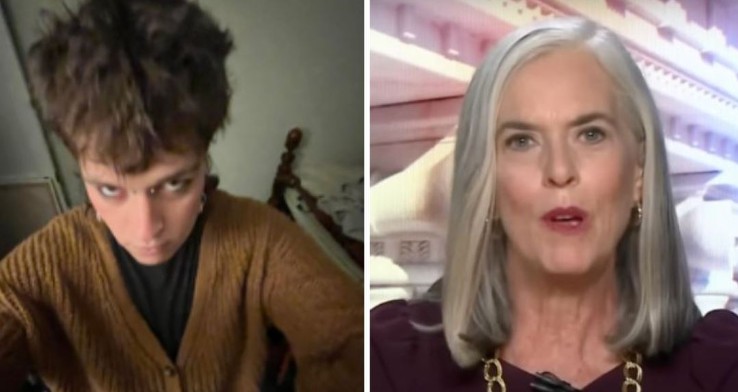 The 23-year-old child of House Minority Whip Katherine M. Clark, D-Mass., was arrested for assaulting police as part of an Antifa event in Boston Saturday night.

The police report said, "Upon arrival officers observed an individual defacing the monument with spray paint. The tagging read 'NO COP CITY' and 'ACAB,'" which stands for All Cops Are Bastards. The suspect was later identified as Jared Dowell, 23, of Melrose.

"Jared Dowell allegedly graffiti'd 'stop cop city' and assaulted police while resisting arrest," the police report said. "During the arrest, a group of about 20 protesters began to surround officers while screaming profanities though megaphones on the public street causing traffic to come to a standstill. While interfering with the arrest of Dowell, an officer was hit in the face and could be seen bleeding from the nose and mouth."

"Dowell was placed under arrest and charged with Assault by Means of a Dangerous Weapon, Destruction or Injury of Personal Property and Damage of Property by Graffiti/Tagging," the report continued. "Dowell is expected to be arraigned in Boston Municipal Court."

Of course the cops called Jared by his regular name. But he apparently self-identifies as "Riley," a transgendered woman, which is how the grieving mother referred to him.

"Last night, my daughter was arrested in Boston, Massachusetts. I love Riley, and this is a very difficult time in the cycle of joy and pain in parenting," she Tweeted Sunday. "This will be evaluated by the legal system, and I am confident in that process."

Recalling Jared or Riley on an earlier on program of "Meet the Press," Clark said, "I remember my middle child waking up with nightmares over concern around climate change."

Andy Ngô, who knows something about terrorist attacks by Antifa, commented to Clark on Twitter: "You should rethink what radical ideologies you've nurtured around your children that allowed at least one to become an alleged violent extremist. Judging by your past tweets, you've embraced trans radicalism."

Jared or "Riley" will probably survive the incident as Virginia Sen. Tim Kaine's youngest son did. Linwood "Woody" Kaine, was arrested in Minnesota five years ago in a protest against President Donald Trump. He was among eight people charged with obstructing the legal process. However, he was originally charged with three misdemeanors and released on fines and fees totaling $236 and had his 90-day sentence suspended. He served just four days in jail. 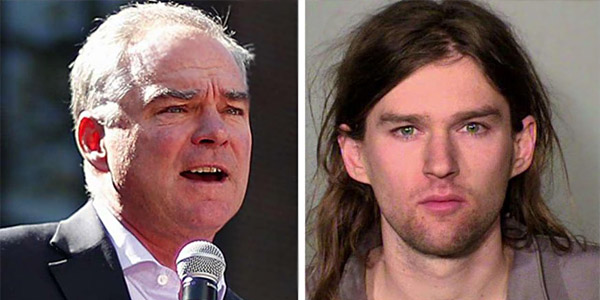 How many other "revolutionaries" got away or got sprung even more quietly?

You might want to remember these fine word from Katherine Clark on Jan. 6 of this year:

"Two years ago, a violent mob – fueled by hate and a tyrannical president – stormed the Capitol and attacked democracy. Today, we mourn the officers who lost their lives, honor their grieving families, and reflect on the dangerous precipice America confronted. #January6th Throughout our history, moments of adversity – whether Pearl Harbor or 9/11 – have brought our country together. We are not two parties but one nation dedicated to democracy. Let us remember why we are in Congress: to defend the Constitution and serve Americans."

She needs to be reminded, once again, and should certainly know this herself – NO POLICE OFFICERS LOST THEIR LIVES ON JAN. 6!

Clark is identified as "Democratic Whip of the U.S. House of Representatives. Proudly representing the people of #MA5. Defender of women, kids & justice. She/Her."