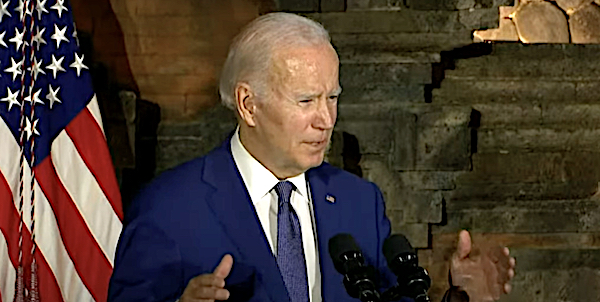 Attorney General Merrick Garland appointed former U.S. Attorney Robert Hur on Thursday as special counsel investigating President Joe Biden’s handling of classified documents that were found in his Delaware garage and at his office at the Penn Biden Center.

Classified documents from Biden’s time as vice president were discovered in the Penn Biden Center, Biden’s think tank in Washington, D.C., in November, though their existence was only revealed this month. Garland appointed Hur Thursday following revelations that Biden had kept a second batch of classified documents next to his Corvette in his Delaware garage.

Hur previously served at the Department of Justice (DOJ) in several positions, most notably as the U.S. District Attorney of Maryland under former President Donald Trump. Earlier in his career, Hur had served as a top aide and counsel to now-FBI Director Christopher Wray, who was serving as an Assistant Attorney General overseeing Justice Department’s Criminal Division.

In 2017, during Hur’s time at the DOJ, worked for then-U.S. Deputy Attorney General Rosenstein as Rosenstein appointed, and later oversaw, special counsel Robert Mueller’s investigation into potential collusion between the Trump campaign and Russia.

According to a DOJ memo obtained through a Freedom of Information Act request, Hur was “likely” aware of at least some communication between the FBI and Christopher Steele regarding the FISA application to surveil Carter Page, a Trump campaign staffer. The Steele dossier, a now largely-debunked opposition research file, was partly used as the pretext for the Page FISA application.

Hur’s appointment was prompted by the discovery of a second batch of classified documents at Biden’s residence in Wilmington, Delaware, by the president’s lawyers.

“During the review, the lawyers discovered among personal and political papers a small number of additional Obama-Biden administration records with classified markings,” Richard Sauber, special counsel to the president, said in a statement. “All but one of these documents were found in storage space in the President’s Wilmington residence garage. One document consisting of one page was discovered among stored materials in an adjacent room.”

Hur is authorized to “investigate whether any person or entity violated the law in connection with this matter,” Garland said when announcing his appointment.

“The special counsel will not be subjected to the day to day supervision of any official department, but he must comply with the regulations, procedures and policies,” Garland continued.

More recently, Hur worked under Donald Trump to combat violent gangs like MS-13, among other high-profile issues such as national security and public corruption. Hur is credited with overseeing the arrest of Maryland chapter leader of MS-13.

The Department of Justice did not respond to the DCNF’s request for comment.