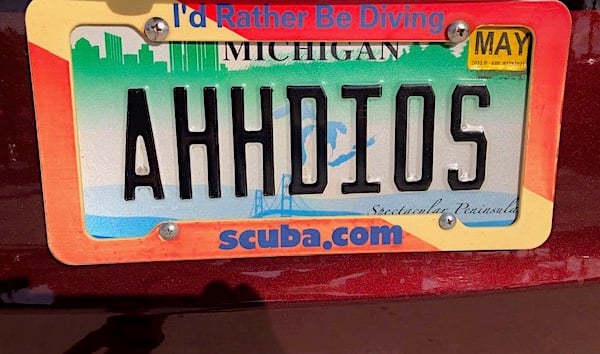 A new poll from Convention of States Action, which worked with the Trafalgar Group, shows there is almost no support for amnesty for illegal aliens in America.

That's been an issue for years, and was brought to a head when Barack Obama created the Deferred Action for Childhood Arrivals program that essentially set up the process for granting amnesty.

DACA recipients are protected from deportation because of the date and their age when they were brought into the country illegally.

Democrats, viewing hundreds of thousands of newcomers with the potential to vote Democrat, have been pushing for amnesty programs ever since.

Now, the new poll shows only 14% of American voters say those who have entered the nation illegally, or are currently in the asylum review process, should be granted amnesty and citizenship.

A full 75% said those who entered the United States illegally should be expelled.

The results are from surveys done Jan. 9-12 of more than 1,000 likely general election voters.

"While Democrats continue to pander to Hispanics and pretend they want open borders and mass illegal immigration, the data overwhelmingly shows that they, as American citizens, want illegal immigrants expelled from the country," explained Mark Meckler, president of Convention of States.

"And while it is the Biden administration’s responsibility to secure the border and expel those trying to enter illegally – and it has utterly failed to do so for two years – the new Congress has the ability to exercise vigorous oversight and put heat on the White House. Clearly, such oversight has the strong backing of voters."

He added, "But our numbers also point out that voters desire immediate action from their state and local officials, and will not tolerate ‘blame Washington’ rhetoric without substantive local action. The fact that Washington is failing does not absolve governors, especially border state governors, from immediately taking active steps to protect citizens within their jurisdictions."

Among Hispanic voters, only 2.8% say those who have broken into the United States, or are in the asylum review process, deserve amnesty and citizenship. In that population, 78.9% say those individuals who entered illegally should be expelled from the country.

The poll explained, "Fifty-five point-six percent of Hispanic voters believe that those who entered the country illegally should be expelled and that those who are seeking asylum should have their reviews completed and granted asylum or be removed, (while) 23.3 percent of Hispanic voters believe that only those in asylum review should be granted amnesty and citizenship."

Nearly two out of three, 62.2%, say "if the federal government fails to address the southern border crisis, then state governors have an obligation to step in and address the crisis."

Joe Biden essentially created the disaster at the border by, upon taking office, canceling virtually all of Trump's border security programs that had proven helpful in the war against a southern invasion.