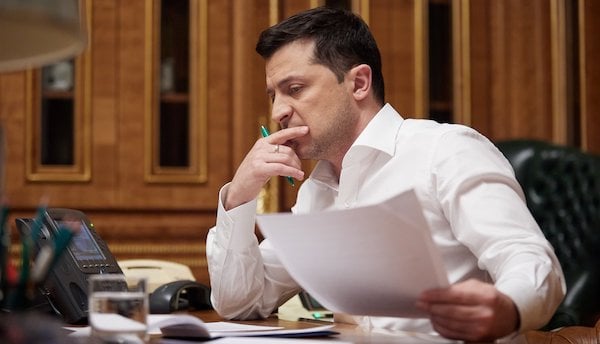 Top officers in the U.S. Navy warned that the Ukraine war is putting a strain on an already stretched industrial base Tuesday, complaining defense contractors continue to fall behind in keeping up with the Navy’s needs, according to media reports.

Defense companies have struggled for years to keep pace with the Navy’s demands, citing pandemic-induced supply chain setbacks and a shortage of available labor, Navy Times reported. As the U.S. continues sending weapons and equipment to Ukraine, heightening the burden on weapons manufacturers, top Navy brass expressed worry that the fleet could fall dangerously low on needed assets if the war stretches out much longer.

“If the conflict does go on for another six months to another year, it certainly continues to stress the supply chain in ways that are challenging,” Navy Secretary Carlos Del Toro said in a follow-up to his remarks at the annual Surface Navy Association conference conference Tuesday.

Most of the more than $29.9 billion in security assistance so far committed to Ukraine is withdrawn from existing U.S. stocks and includes equipment suited to defending against attackers from the ground, rather than the sea. However, as contractors scramble to invest more in expanding production capacity for HIMARS, Stinger missiles and other equipment, they poach resources that could be applied to filling the Navy’s orders, leaders warned, according to Navy Times.

“I’m not as forgiving of the defense industrial base,” Adm. Daryl Caudle, the commander of U.S. Fleet Forces Command, said at the conference. “I am not forgiving the fact that they’re not delivering the ordnance we need.”

Caudle had announced the day before a goal to keep at least 75 Navy ships at “mission capable” or “full mission capable” status, meaning they are not in the shipyard undergoing maintenance or parked in sustainment, Defense News reported. The Navy stripped parts from other ships to fill roughly 1,200 orders for replacement parts in 2022 — twice as many as the year prior, Caudle said.

Even if the Navy had those 75 ships at the ready, their arsenals would not be full, he added Tuesday, according to Navy Times.

Of the 10 new attack submarines the Navy ordered in the past five years, only six have arrived, he added.

Congress authorized a massive increase in spending on weapons and ammunition in 2023, signaling a willingness to continue providing defense contractors the funding they need to deliver on future Pentagon orders. However, the war in Ukraine has severely depleted U.S. weapons stockpiles.

“I wouldn’t say we were quite there yet,” Del Toro said, referring to a point where the U.S. would have to drop support for Ukraine, according to DefenseOne.

Companies “need to invest in their workforce, as well as the capital investments that they have to make within their own companies to get their production rates up,” he added.

The Department of Defense referred the Daily Caller News Foundation to the Navy. The Navy did not immediately respond to a request for comment.