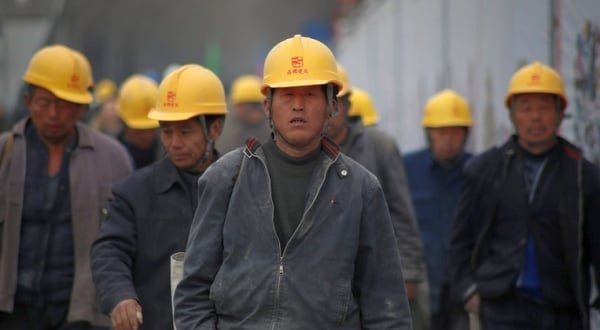 The federal government has seized thousands of Chinese solar imports that were made using the slave labor of Uyghur Muslims, placing heavy constraints on the U.S. solar industry, according to Axios.

Customs and Border Patrol (CBP) officials impounded 2,600 Chinese imports that mostly consisted of solar panels worth $806 million from October 2022 to January 2023 because the deliveries were in violation of the Uyghur Forced Labor Prevention Act (UFLPA), Axios reported. The UFLPA, which was signed into law in December 2021 to stop the alleged exploitation of Uyghurs, has severely limited the number of solar products coming into the U.S., raising costs and delaying large solar projects.

“I have seen developers and investors revising solar module costs up by 30-40%,” Xu Chen, a senior director at FTI Consulting, told Axios.

The U.S. also seized 1,592 Chinese imports that mostly consisted of solar products, worth nearly $500 million, from January 2022 to the end of September 2022, according to Axios. The Chinese government has coerced millions of Uyghur Muslims into performing forced labor throughout the nation’s Xinjiang province, which is home to the minority population, according to a May 2021 report from Sheffield Hallam University’s Helena Kennedy Centre for International Justice in the U.K.

Many Uyghurs have been placed at factories producing polysilicon, a key material for producing solar panels, according to the report. Xinjiang dominates the global solar production market and harbors up to 45% of the world’s manufacturing capacity for polysilicon.

Although the U.S. is attempting to crack down on such imports, some Chinese companies have been attempting to evade U.S. tariffs by finishing their products in Southeast Asia, according to the Department of Commerce. In June, a White House report on supply chains labeled human rights violations as a “risk” for the renewable energy industry.

CBP and the White House did not immediately respond to the Daily Caller News Foundation’s request for comment.