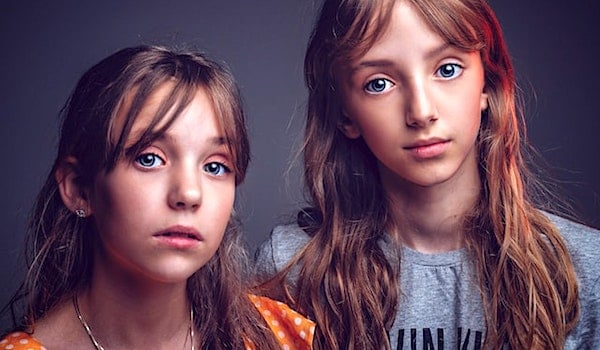 The video platform Vimeo has removed a documentary about the struggles of parents who doubt the experimental transgender medical interventions that schools and doctors champion for their children, claiming that the documentary violates its policy prohibiting “discriminatory or hateful conduct.”

The documentary “Dead Name” tells the stories of three parents—identified only by first names—living in what the filmmaker described as “The Twilight Zone,” as they struggle to protect their children from life-altering gender “treatments.”

“The film is subtly explosive but I can tell you unequivocally there is no hate speech, there is nothing hateful,” filmmaker Taylor Reece told The Daily Signal in an interview Wednesday. “All these people talk about is how much they want to protect their children.”

Reece suggested that transgender activists targeted Vimeo in a pressure campaign, urging the company to remove the video. She said the video had been up for about 34 days before the company removed it.

“We can confirm that Vimeo removed the video in question for violating our Terms of Service prohibiting discriminatory or hateful content,” Vimeo told The Daily Signal in an email statement. “We strive to enforce these policies objectively and consistently across our platform. Vimeo has notified the account owner and all purchases have been refunded.”

Vimeo suggested that its Trust & Safety team had reviewed the documentary. The company declined to comment on just how the documentary had violated its “hateful conduct” prohibition and did not respond when asked if similar videos published by The Daily Signal also violated the policy.

Are leftists using censorship because they know most Americans don't agree with them?
100% (75 Votes)
0% (0 Votes)

“Vimeo’s global Trust & Safety team uses a number of tools and methods to moderate our platform of harmful, hateful, and misleading content in accordance with our Acceptable Use Policy,” the company added. “In addition to conducting regular account reviews and closely monitoring repeat infringers, our T&S team evaluates every video flagged by our users. In the event we determine that an account has uploaded content that violates our terms, we will take appropriate action including content removal and, potentially, account termination.”

The policy forbids “hateful and discriminatory speech,” which Vimeo defines as speech directed to an individual or group based on certain personal characteristics, conveying a message of inferiority or contempt, and which “would be considered extremely offensive to a reasonable person.” The list of characteristics includes “gender identity.”

The policy forbids speech advocating or celebrating violence, genocide, or segregation, among other things.

Reece, the filmmaker, told The Daily Signal that she got the video up on an alternative website, www.deadnamedocumentary.com, within four hours of Vimeo canceling the account. However, she lost access to the analytics showing who had watched the video through Vimeo.

The cancellation has drawn attention to the documentary.

“In the last two days, we have made more money than we made in the previous three weeks,” Reece said. Yet that fact does not “take away the sting and the upset,” and it also amounts to a distraction from the meat of the film, she added.

“Parents are living in the Twilight Zone, they are beside themselves and don’t know what to do about it,” she explained. “This film is an attempt to force a conversation, not just in Republican legislatures, but around the country.”

Bill, a father in the documentary, recounts that his son, who suffered from various health problems, including cancer, ultimately died from complications related to cross-sex hormones. His son had made friends with people in college who encouraged him to pursue a transgender identity. His son’s classmates later criticized Bill for using his son’s given name, the “dead name” that his son later rejected, during the online memorial service.

“In the transgender world, the name is the first thing that most of these children shed,” Reece explained. “The erasure of who they are, their name, their history, their identity, it erodes little by little until it becomes a physical manifestation—like double mastectomies.”

Helen, a lesbian mother in the documentary, says that her son developed two different identities and began talking about genital surgery at the age of 4. Amy, another mother in the film, struggled with her teenage daughter’s claim that she identified as a male.

“Any parent who has not ‘affirmed’ their child or who has felt the fear of medicalization of their child has felt they’ve been forced underground,” Reece said. Parents have found themselves “excommunicated from friends and family, unsupported, and having to fight their way alone.”

“Unless you are the parent of that child, you have no idea what this journey actually is,” she explained. “It’s not about waving a flag, it’s not sports teams or bathrooms. This issue boils down to medicalization. This really is effectively a medical experiment on this generation of children.”

Although many national health organizations support experimental interventions to force male bodies to appear female and vice versa, the Florida Board of Medicine and the Florida Board of Osteopathic Medicine recently approved a new rule banning puberty blockers, cross-sex hormones, and transgender surgeries for minors.

The Florida Department of Public Health determined that “systematic reviews on hormonal treatment for young people show a trend of low-quality evidence, small sample sizes, and medium to high risk of bias.” It cited an Internal Review of Psychiatry study stating that 80% of those seeking clinical care will lose their desire to identify with the opposite sex.

Many European countries that are usually considered more “progressive” than the United States are withdrawing their support for these interventions, encouraging young people to get psychiatric help first. Potential side effects from cross-sex hormones include weakened bone density, osteoporosis, heart problems, and infertility.

“We can all agree that we want to protect our children,” Reece said. “If parents can’t at least evaluation the notion that this medicalized path is potentially harmful, then where are we?”