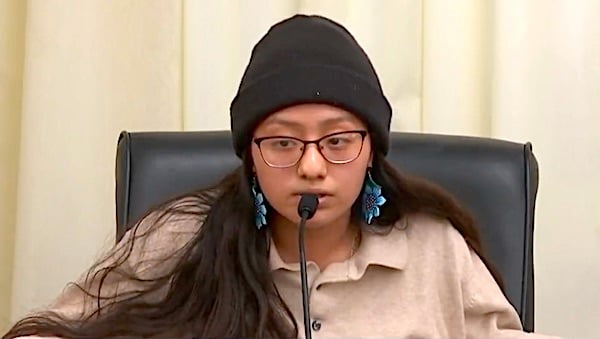 Under Barack Obama's Deferred Action for Childhood Arrivals program, certain illegal aliens are protected from deportation based on the date and their age at arrival in the United States.

It is this group of illegals that Democrats have been trying to make citizens, and give voting rights to, for years already.

But it hasn't happened and legally, they have certain protections against deportation and provisions for working, but they are not citizens, and do not have the right to vote.

That apparently made little difference to one such recipient who recently threatened a state legislative committee with removal from office if they didn't do as she insisted.

A report from AlphaNews revealed that Angelico Bello, who identified herself as a DACA recipient, was addressing a Minnesota House Transportation Committee meeting.

The lawmakers were looking at a plan that would let illegal aliens obtain driver's licenses, a stepping stone in many states to voter registration and voting.

"We are voting. Our people are voting," she told the lawmakers. "If you don't pass this bill, people are going to vote you all out."

This past week, as the House Transportation committee heard HF 4 which would provide driver's licenses to illegal aliens, this testifier told members:

"Know your humanity and know that you are all in these chairs because of us. Please be of service or else we’re going to come and take your seats as well," she threatened.

GOP members on the committee, expressing concern about illegal aliens voting, said such licenses should include a "not voting" designation, but that was rejected by Democrats.

The report noted Democrat also are pushing for automatic voter registrations in the state.