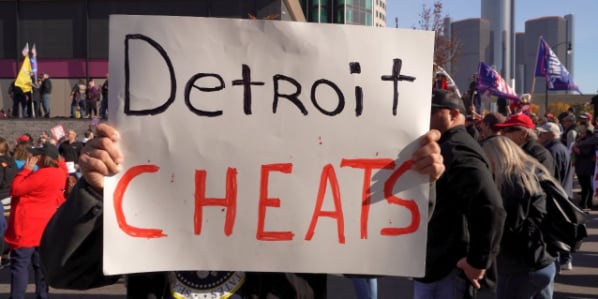 Michigan Attorney General Dana Nessel sent a "cease and desist" letter to a website that published evidence prior to the election that Detroit poll workers were trained to engage in and cover up vote fraud.

Trejo, who says he witnessed vote fraud in Detroit, considers the AG's letter to be "witness intimidation" and fears it will be used as a pretext for criminal action.

In a later date Oct. 28 and received Nov. 9, Nessel cites two or three factual errors in Trejo's extensive reporting and demands that every article related to his #DetroitLeaks series be removed from the internet, the Gateway Pundit said.

Trejo reported Detroit poll workers were trained how to lie, how to handle ballot challenges from Trump supporters, told to call 911 on any challengers and to use COVID as an excuse to deny poll challengers access to viewing the ballots as they were being counted and tabulated. Even challenged ballots were to be processed as regular ballots.

Incoming State Rep. Steve Carra and Michigan activist Bob Cushman filed a successful lawsuit against Michigan Secretary of State Jocelyn Benson over the allegations that poll workers were being trained how to commit vote fraud.

The Gateway Pundit reported it has been approached by independent witnesses who confirm that the predictions by #DetroitLeaks before the election were accurate.

Poll workers for Wayne County/Detroit at the TCF Center in Detroit indeed refused challenges from poll challengers, used COVID as an excuse to deny access to review the process and tabulated challenged illegal ballots.

The AG's letter coincides with another round of social media purges in Michigan of Facebook groups documenting the allegations of voter fraud, the Gateway Pundit said.