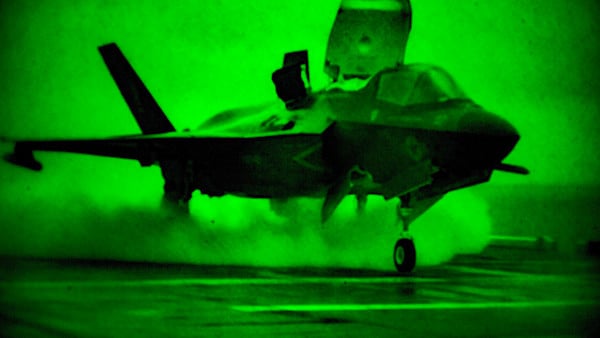 With Inauguration Day rapidly approaching on Jan. 20, all 10 of America's living former defense secretaries are taking a stand regarding any potential involvement of U.S. military forces in determining the final outcome of the presidential race. And they're all urging against joining the fight.

"Each of us swore an oath to support and defend the Constitution against all enemies, foreign and domestic. We did not swear it to an individual or a party," wrote Mark Esper, James Mattis, Ash Carter, Chuck Hagel, Leon Panetta, Dick Cheney, William Cohen, Robert Gates, William Perry and Donald Rumsfeld in a joint op-ed published Sunday in the Washington Post.

"Efforts to involve the U.S. armed forces in resolving election disputes would take us into dangerous, unlawful and unconstitutional territory," they stated.

"Civilian and military officials who direct or carry out such measures would be accountable, including potentially facing criminal penalties, for the grave consequences of their actions on our republic."

Mattis and Esper both served in the Trump administration, while Cheney and Rumsfeld first served in the post under former President Gerald Ford, also a Republican.

"Our elections have occurred. Recounts and audits have been conducted. Appropriate challenges have been addressed by the courts. Governors have certified the results. And the electoral college has voted. The time for questioning the results has passed; the time for the formal counting of the electoral college votes, as prescribed in the Constitution and statute, has arrived."

"American elections and the peaceful transfers of power that result are hallmarks of our democracy," the group continued. "[The Department of Defense] must also refrain from any political actions that undermine the results of the election or hinder the success of the new team."

"We call upon them, in the strongest terms, to do as so many generations of Americans have done before them. This final action is in keeping with the highest traditions and professionalism of the U.S. armed forces, and the history of democratic transition in our great country," they opined.

Trump has still not conceded the election to Biden, continuing to allege widespread fraud in battleground states that swayed the election results to the Democrat. He plans to attend protests in Washington this week as Congress meets to certify Biden as America's next president.

At least 12 Republican senators are pushing for a delay in the certification. The joint session of Congress will have Vice President Mike Pence presiding, and he has said he would welcome any delay, but Democrats control the House and some Republican senators, including Mitt Romney of Utah, Lisa Murkowski of Alaska and Pat Toomey of Pennsylvania have voiced strong opposition in precluding Biden from being sworn in as president.